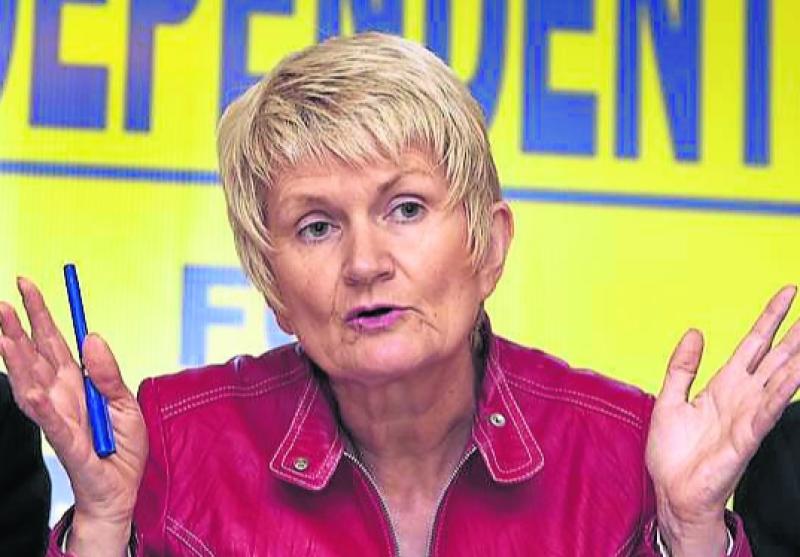 Independent candidate in the upcoming general election, Marian Harkin has responded to suggestions she has been receiving a  number of different pensions from her previous term as TD and from her time as an MEP and has hit out at allegations of greed saying it is "simply not true" and is an effort to blacken her name.

In a video posted by the independent candidate she addresses the issue saying: "I had hoped I wouldn't have to make this video but look, I have no choice.

Read Also: Candidate hits back: "If you want to interfere with election posters, then at least be creative"

Ms Harkin said she has been made aware canvassers for other general election candidates are telling voters she is availing of several pensions.

Addressing this issue she said: "It has come back to me through my canvassers that at least two political parties, their canvassers are saying on the doorsteps to people: 'Marian Harkin, sure that one, she has four pensions, she's only doing this to get another pension. She is not worth your vote'.

"This is the message I am getting back and my canvassers said: 'Marian you have to put the truth out there'.

"So that is what I am doing now, I am setting the record straight."

"But in 2009, just after the crash, workers in Ireland were hit with an enormous pension levy on their wages and I thought to myself I can't continue to take my pension when workers at home are hit by this pension levy.

"So on the day this levy was coming into force I rang Leinster House and I said to them how can I give back my pension?

"In fact, the woman I spoke to said, ' I'm not sure, I don't think anybody has done this before but I will get back to you' and she did and I gave my pension back to the Irish State.

"In fact, I have a letter here from the Houses of the Oireachtas which confirms that I have given back over €220,000 of my pension to the Irish State. Also, for the last five years I have given significant amounts of my pension to carers and to other groups throughout the 15 counties and I have committed that if I am elected I will continue to do precisely what I have been doing and I will put up those details on my website. Carers groups and people who have disabilities in the constituency.

"So, for those of you who are hearing about these mythical pensions on the doorsteps and about my supposed greed, let me tell you, it is simply not true and it is an effort by some of the main political parties to damage me, to blacken my name and there isn't a shred of truth in it."

Read Also: Changed boundaries and new personnel as the battle is on for four seats in Sligo-Leitrim