Candidate hits back: "If you want to interfere with election posters, then at least be creative" 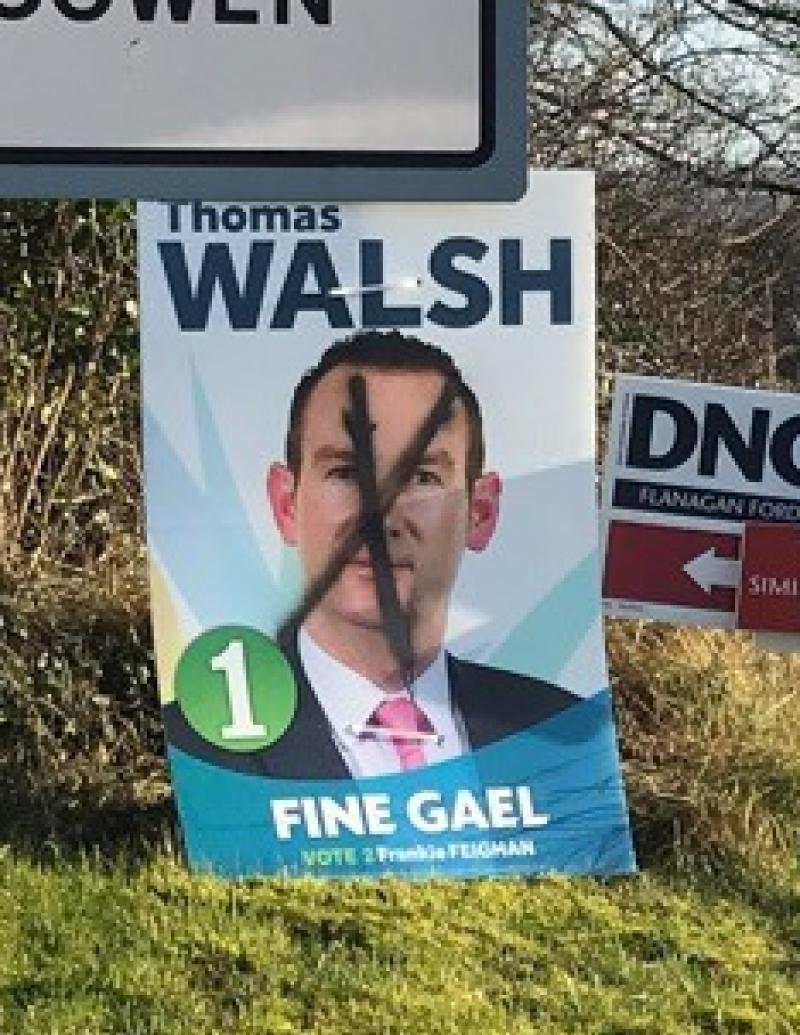 Fine Gael General Election Candidate, Cllr Thomas Walsh has called on those interfering with election posters to be creative.

Cllr Walsh said "posters play a valuable role in communicating what parties are contesting and what candidates are running particular areas. Especially true for a new first time candidate. Posters are expensive and the costs quickly add up. Most candidates are conscious of the environmental impact as well and I welcome moves to reduce the number of posters used in a campaign. All candidates expect and plan for some effort being necessary to go back in the early phase of the campaign and put up replacement posters, remove damaged posters and replace with new ones, etc

"I don’t understand why candidate posters including mine are being damaged and removed at this stage of the campaign. My appeals to good citizenship as a way of halting the damage to posters has obviously not been successful, so now I am going to try a different approach by seeing the problem as an opportunity.

"In past election campaigns one aspect of the graffiti artist and election posters was the skill of some artists in modifying candidates picture or message with a creative touch, whether it was in giving the candidate a new hair style, a pair of spectacles, a moustache, a beard, and then how they could invert a political message with a new punctuation mark or the insert of a new word or phrase. Some of their work could be genuinely witty.

"Other reasons for damaging posters range from an impulsive thoughtlessness through to a deliberate and destructive approach. In looking at the pattern of damage to candidate posters and to my own posters, I see little evidence of any creative graffiti artist at work.

"Why anyone would choose to go out and deliberately damage posters leaves me struggling to understand what’s going on. 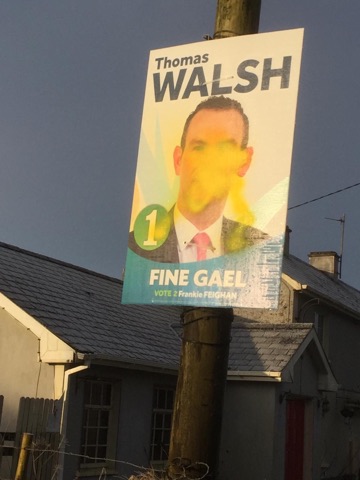 "So I am hoping those involved will change their style and become a genuine poster graffiti artists. I would say to them, please don’t damage or mess with any poster of any candidate, but if you feel compelled to make a contribution to the election campaign by messing with posters then leave them in place and then do your poster graffiti work with creativity and style.  Show us all something that you can be proud of and that will also make us smile or make us think while leaving the essence of the poster intact so that it’s election message remains clear.

"Most candidates have a sense of humour and can recognise a witty or incisive contribution. It may be less evident during the height of a political campaign. Live and let live is my appeal on behalf of all candidates using posters in the campaign. And if you want to get some wider recognition for your poster graffiti work then send a photo of your work on one of my posters and I will post it on my twitter page what I consider the best of what I receive".