“We have so much to lose if we don’t tackle the Climate Crisis and so much to gain if we do” says Sligo/Leitrim Green Party candidate, Blaithin Gallagher 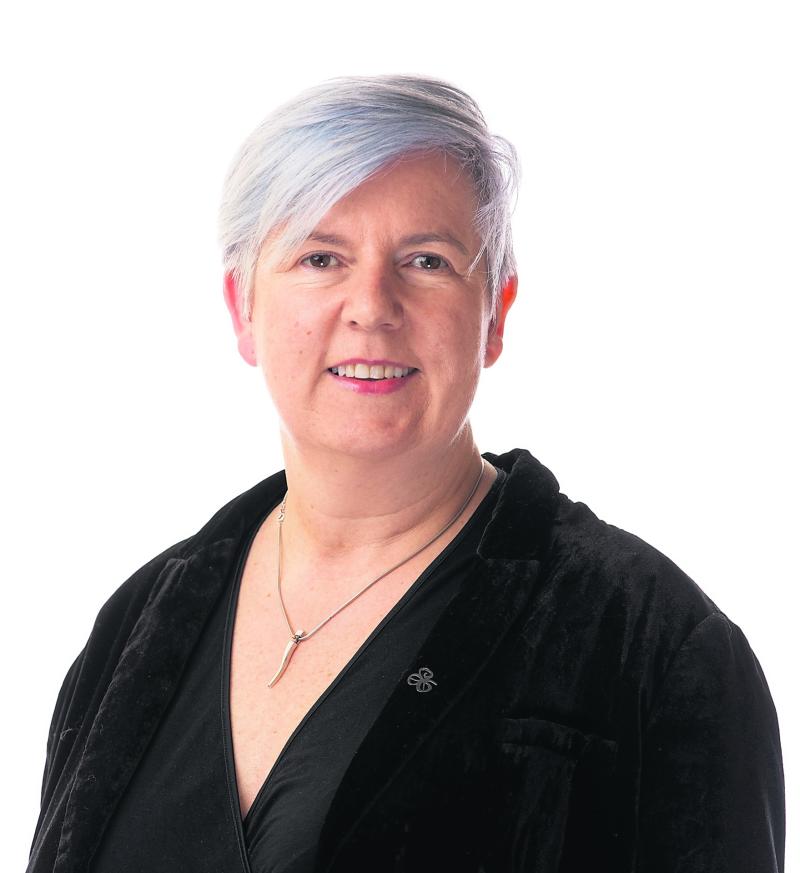 “Every year 1,400 people in Ireland die horrible deaths as a direct result of inhaling the exhaust fumes from cars and the smoke from fires. Many thousands more have their lives plagued by chronic lung conditions made far worse by the same causes. If there had been that many deaths and injuries caused by road accidents, the government would have fallen long ago. Banning smoky coal and phasing out emissions from vehicles will do much to reduce this appalling onslaught. This is part of the Green Party plan for tackling Climate Change”

“In one million houses in Ireland people suffer from having homes that are cold and drafty and that cost them a fortune to heat. This is particularly an issue for older people, many of whom suffer ill health and struggle to keep the extra warmth that is needed as you get older. Fuel poverty is a very real issue in many households. The Green Party will ensure that these homes are retrofitted to the highest standards possible and that all future homes are built to the highest energy standards thus reducing the huge reliance on fossil fuels” She said. “In addition this would provide many thousands of jobs over the next ten years. If in Government, the Green Party would establish extensive training schemes to provide the necessary skilled workers, aimed in particular at those made redundant by closure of fossil fuel industries. We will ensure there is a just transition and we will fight for a fair proportion of the 1 trillion euros the EU has allocated to fund this just transition. This will be a part of our programme to ensure Climate Justice for all affected by the necessary changes”

“Renewable energy systems are improving in their effectiveness and we will ensure that all producers of electricity, no matter how small, are allowed to sell their excess electricity to the grid. This could provide a useful income source for households, communities, SMEs and farmers. It would also reduce the €9,000,000,000 we spend annually on importing fossil fuels. Imagine what that money could do in our local economy”

“Our soils, including peatlands, and our hedgerows are potentially massive stores of carbon. Farmers should be rewarded for taking the necessary measures to ensure that these carbon stores are protected and increased” She continued. “We will negotiate hard with regard to the next CAP to ensure that the family farms are supported and given new income streams that provide public money in exchange for public goods”

“Our forests could also be great carbon stores. But the failure of our current forestry model of clear-fell Sitka Spruce plantations, combined with the every low rates of planting over the last number of years, means that our forests at present may well be emitting carbon rather than storing it. A change to continuous cover forestry would have so many benefits regarding carbon storage, biodiversity and protection of water quality, it can only be assumed that the resistance to change is as a result of vested interests chasing the fast buck, at the expense of the rest of society” She said.

“Reducing rural isolation and traffic congestion in our towns would both be positive outcomes that arise from changing our transport policy towards investing in public transport rather than building more roads. Cycling and walking infrastructure also need huge investment right now. All of these actions will also reduce our reliance on fossil fuels, whilst increasing the mental and physical health of the nation.”

“By developing a truly circular economy where we re-use as much as is possible and recycle or compost everything else we will create employment in or own economy. Removal of disposable beverage and food containers has to be a part of this. We can already see the blossoming of clothes and shoe repair shops as well as the growth of upcycling shops around the country. These should be welcomed and encouraged. All of these actions reduce our national carbon footprint”

“Finally, as Ireland exports of about 90% of the beef produced here, we import most of the rest of what we eat, fruit, vegetables and cereals. And at the same time we waste about one third of all the food we purchase. The Green Party, in consultation with farmers and the agricultural community, will encourage diversification on farms towards a range of crop-growing and the adoption of organic methods across the whole of the sector, together with a drive to find new ways of reducing food waste. Importing and exporting food and food waste all have huge carbon footprints”

“From its beginnings, the Green Party has led the way in climate politics in Ireland. For over forty years, as a political party, we are unique in having the expertise and experience to implement the policy changes Ireland needs in order to make sure that the necessary changes are delivered across government for the benefit of all. If elected I will be there to drive this along” Bláithín concluded.