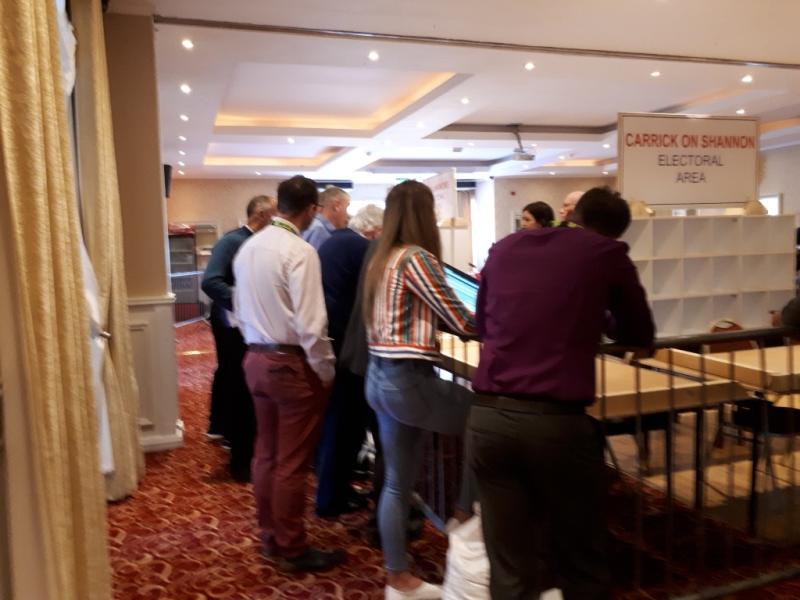 Recount in Ballinamore LEA going on

A recount is taking place in the Bush Hotel in Carrick-on-Shannon for the last two seats in the Ballinamore area.

Returning officer Mary Quinn called a halt to proceedings early this morning at around 4.30am after the seventh count in Ballinamore LEA when a full recount was called by one of the candidates and it was granted.

At that stage 16 of the 18 county councillors has been elected in Leitrim, with all the seats filled in Carrick-on-Shanon and Manorhamilton.

Enda McGloin looked set to also pick up a seat and it was then left to Pat Gilhooley and Gerry Dolan to fight it out for that last seat.

It was at this point a recount was called as just four votes separated the two, Dolan and Gilhooley with Dolan just slightly in the lead.

It is a tense situation at the count centre but some are anticipating that we will have a result around 5pm.