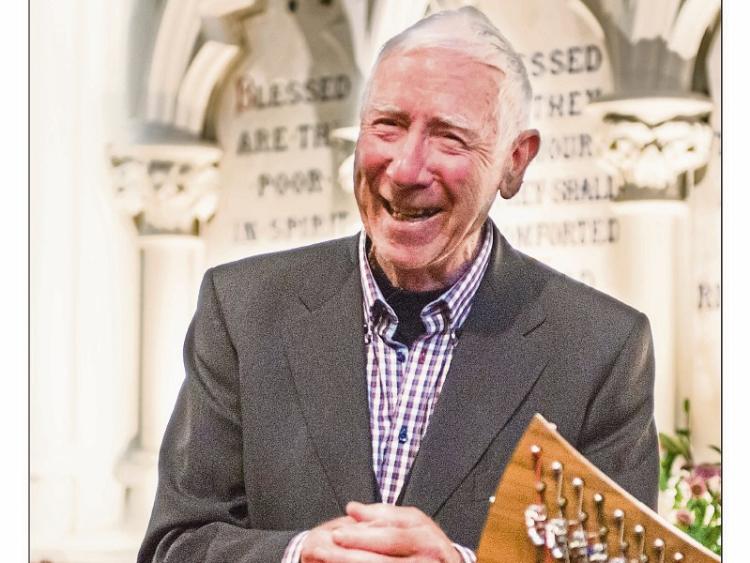 Recognised as one of Ireland’s leading composers of traditional music, Dr Charlie Lennon has just completed a 60 minute Suite to honour the heroes of the 1916 Rising, with special reference to Kiltyclogher born Seán MacDiarmada.

It will be performed for the first time next April, Thursday 14 in St Patrick’s Church in Kiltyclogher at 8pm, with doors opening at 7.30pm. The village church is a very appropriate venue for the concert as both Seán MacDiarmada and Charlie were baptised there.

The suite was commissioned by Gael Linn and is now published as an Album entitled “Áille na hÁille—A Terrible Beauty.” The CD features a range of musicians from the RTE Con Tempo String Quartet to top traditional players, including Charlie himself and his daughter Éilís.

The music moves from Planxty to March, Reel, Jig, Slow Air and Song, reaching its climax in the form of a classical three movement Sonata.

The suite begins with a tribute to James Connolly, moves on to MacDiarmada and Clarke who, together with Connolly, worked closely in developing a plan of action leading to the Rising. It moves to Rosmuc where Pearse had his Summer cottage, meets Ceannt in Spiddal where he is regaling the locals with his uilleann pipes. This is followed with a poem by Pearse in which he foretells future events. It has now been put to music and presented as a song.

The suite then pays tribute to all who died in the conflict, puts one of Plunkett’s poems to music, plays a march for McDonagh and remembers O’Donovan-Rossa in a graveside lament.

Tickets for the concert are €20 and are available from Kiltyclogher Heritage Centre, Kiltyclogher Post Office, The Dock and Glens Arts Centres and Heraghty's and Bredins of Manorhamilton. The concert is supported by Leitrim County Council under the 1916 Centenary Programme.