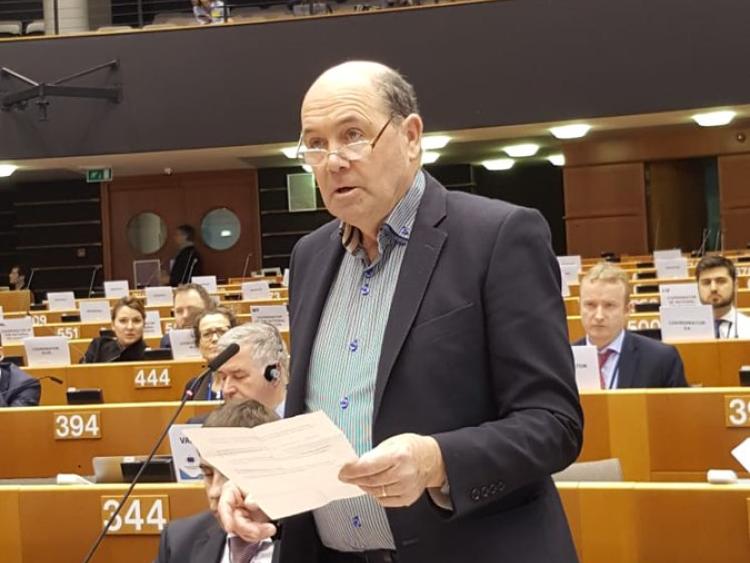 Eslin farmer and County Councillor Enda Stenson made his feelings on Brexit and the backstop well known in Brussels this week.

The independent councillor was speaking at the European Committee of the Regions in the European Parliament on Wednesday, February 6.

Stenson put how worried Leitrim communities are about Brexit and stated "we no longer trust the British to leave in an orderly fashion." He asked Brexiteers "Do you know what you want?"

He said a hard border would have "real consequences for real people particularly in the North West and Border Region." He outlined that nobody want to return to a violent past and said as a farmer Brexit will have a "detrimental effect on farmers."

"As a father I can't believe the UK have decided to give their children less opportunities than at the present ... to allow their people to work, study to live in the EU freely."

Stenson went on to tell Brexiteers to "stop blaming Brussels and the Irish - look in the mirror and blame yourselves."

"Do you have a plan?" #Irish farmer-local politician Enda Stenson asks Brexiteers. "It is time for the Brexiteers to stop blaming Brussels & stop blaming the Irish", he tells #CoRplenary in #Brexit debate with local and regional leaders. pic.twitter.com/IBKBxhHWv9