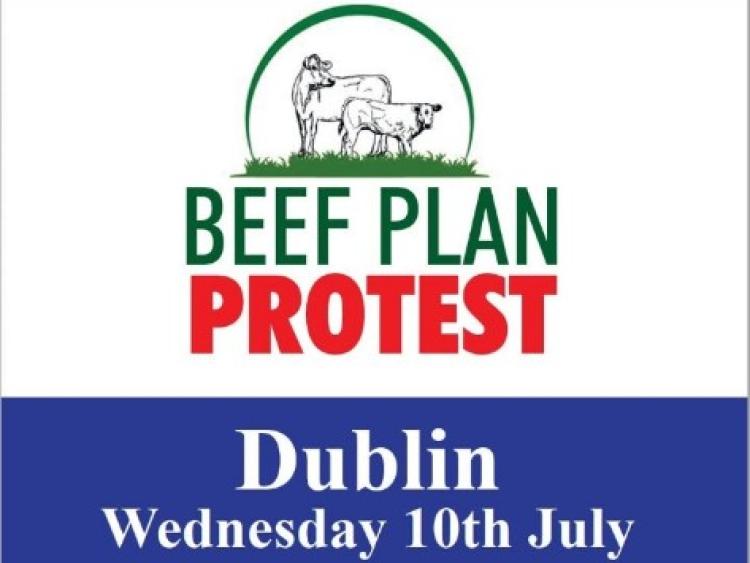 Thousands of farmers from across the North West are expected to attend a protest outside Dáil Éireann tomorrow (Wednesday, July 10).
The protest has been organised by representatives of the Beef Plan Movement but the Movement is calling on all rural stakeholders and organisations to take part in the protest outside Dáil Éireann at 12 noon.
Chairperson of the Beef Plan Movement, Hugh Doyle, has described the Mercosur deal as a ‘slap in the face’ for farmers and said that this trade agreement, coupled with continuing uncertainty around Brexit “means there is no stability anymore in beef farming.”
The Beef Plan Movement has been in contact with the Irish Country Women's Association and the Irish Grain Growers Group as well as other groups, in a bid to ensure as many representatives of the rural area are represented.
He also called on feed merchants, fuel suppliers, co-ops, veterinary practice representatives, farm contractors and anyone dependent on the agricultural sector to also show their support.
Leas Cathaoirleach of Leitrim County Council, Cllr Sean McGowan is urging as many farmers as possible to travel up from Leitrim for the day of protest in Dublin.
“As a councillor in Leitrim, who grew up on a small farm I stand fully behind and in support of the aims of the Beef Plan Movement in trying to secure the economic future of suckler and beef farmers in this region,” he said.
“We know that our local economy is highly dependent on farming and it’s currently under threat by unsustainable prices being paid to the primary producer. There is a protest planned for today and I would encourage anyone who can to go to Dublin to stand with your farming colleagues and neighbours while they fight for their livelihoods.
“We need to let the government and indeed all politicians in Dáil Éireann know that they will be held to account for their action or inaction on this most important industry.
“We know only too well that if there is not something done that it could spell the end of farming as we know it here in Leitrim.”