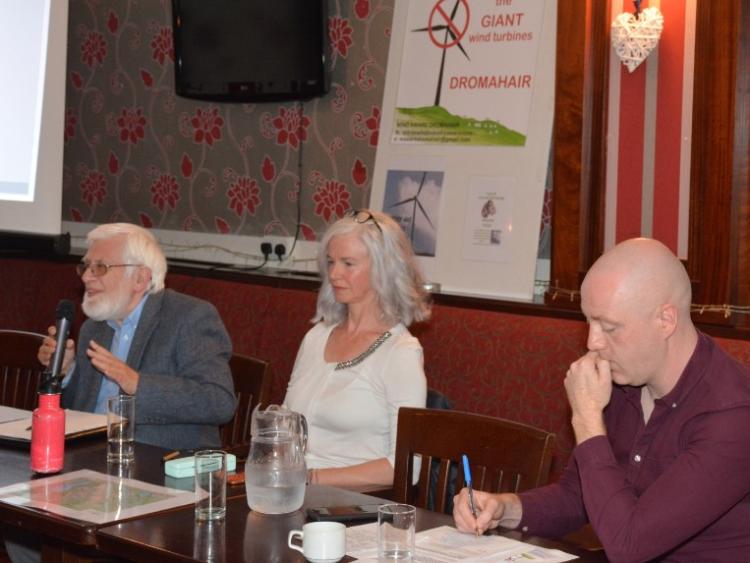 Having seen his local community face a significantly bigger development proposed for his local area, Eddie Farrell and the Moy Valley Protection Group enjoyed their “greatest success and greatest failure.”

160 giant turbines were proposed for the area in Co Mayo, run by two separate businesses which would have created the world's ninth biggest wind farm.

Ultimately one of the developments was successfully stopped while the other was reduced in half.

Having been part of a hard fought campaign Eddie offered some advice to the Dromahair community saying: “If the whole community isn't behind it (campaign) you are doomed.

He added: “The amount of fundraising required if you have to hire professional experts is astronomical.

“Your county councillors have absolutely no power when it comes to planning and are a waste of time as far as your campaign is concerned.

“The Leitrim County Development Plan says Leitrim County Council is in favour of wind energy. They will do nothing for you except promise the sun, moon and stars. It's not their fault the Minister took the power from them.”