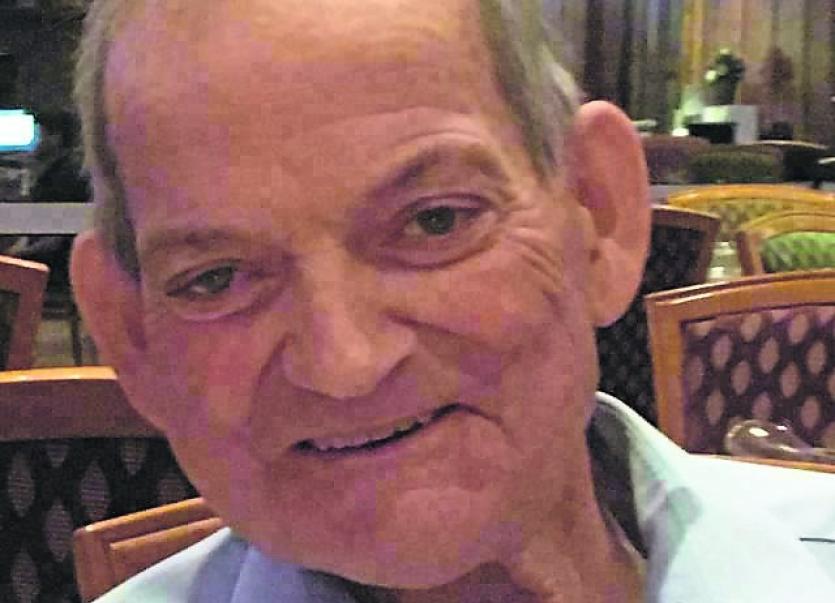 On Sunday, Monday and Tuesday of last week people travelled to Cloone from all over Ireland to pay their respect to the Monahan family.
Pat Monahan, Cloone, was the beloved husband of Mary, and father of Imelda, Angela and Carmel. A number of IFA past President and the newly elected President, Tim Cullinan, Pat Murphy, IFA Connacht Regional Chairman, IFA senior officers and staff from around the county attended. Guards of Honour walked with Pat on both days to the church and on the final day to the graveyard.
Pat joined IFA in his local branch in Cloone in 1974, a very bad year both weather and price wise for cattle.
He joined to see what could be done to deal with the problems in agriculture at the time. This really summed up Pat Monahan, he didn't join up for the sake of being a member of IFA, and he wanted to make a difference. At all times Pat's priority was to improve farmers' incomes and to endeavour to raise their standard of living.
Within a very short few years Pat represented the farmers of Cloone on Leitrim County Executive of IFA. Pat was elected as Chairman of Leitrim IFA in 1992 and in 1998 was the second Leitrim person, after Hugh Leddy, to be elected Connacht Vice-President for the four year term.
Pat followed on to be Leitrim IFA representative on IFA National Council and also on a number of IFA National Commodity Committees. In September 1986 Pat organised busloads of Leitrim farmers to a massive demonstration in Dublin.
Following this Pat was part of an IFA delegation to Brussels to impress on the EU three main objectives (1) Devaluation of the green pound (which was achieved) (2) full headage payment (50% increase obtained for one year) (3) Euro Currency loans.
Pat continued the campaign as Connacht Vice-President for the farmers of the West of Ireland. He looked for the introduction of a Western Package and succeeded in getting full headage payment and an increase in the off-farm income limit, and a major increase in grants aid for farm buildings.
Pat was involved in a lot of other farming bodies, Golden Vale Marts, Cloone Agriculture Show, Producer Group and went on to represent Leitrim IFA on Leader, Leitrim Partnership and Leitrim Development on which he was chairman for the last number of years. Pat took an active interest in Cloone GAA and the county team including Ladies football. Pat was a great friend to me and my family and he worked closely with my father, Hugh, in his earlier years.
Only last Christmas when I sat down with him in his own kitchen did I fully realise the sacrifices he made on behalf of his fellow farmers. He confided in me that it was difficult at times to give as much time to IFA when the three girls were so young. He spoke highly of the great support from his loving wife Mary. “Perhaps I was over committed myself and went beyond my own call of duty to my home and to my farm by being so much  involved. With that involvement I felt that if I didn't do it I couldn't expect others to do it" he said.

To all his family we extend our deepest sympathy and we thank you on behalf of the farmers of Leitrim and of all of Ireland for the sacrifices you all made to allow Pat to carry out his calling as a great visionary and leader.
We will remember Pat as a family man, hardworking, a man of great integrity, intellect, compassion and a man who dedicated himself in particular to the farmers of Leitrim. Pat, you were an inspiration to us all and let us continue all your good works within IFA for the betterment of farm families.
Ar dheis Dé go raibh a anam dílis”
May his faithful soul be at the right hand of God.

Tom Clinton  past IFA President  and friend of the family of Pat Monahan  spoke at his funeral.
During his oration he said, “I have done many jobs in my lifetime, however this is one of the most difficult. Pat Monahan was one of my closest friends, he is someone whom I will miss deeply. I now realise that as I grow older when a good friend of long standing dies, it is almost impossible to replace that person's friendship.
I have met a lot of people in various walks of life and in different countries, but I have seldom known Pat Monahan's equal. To say he was a man of integrity is an understatement. He wore his integrity as a badge on his sleeve. He spoke clearly and straight on all issues, he had no time for “wishy washy” talk, or speaking out of “both sides of the mouth”.
He did not say something because he thought it would please you. He held strong clear opinions because he considered them to be correct. They were made after listening or comparing all sides of an argument, whether those opinions were popular or not made absolutely no difference to him. What was important to Pat Monahan?

His family
Mary, whom he married on the 12.7.84, Mary and Pat went through life's journey as a unit. They reared their the lovely daughters Imelda, Angela and Carmel, to understand what is important in life. The care and affection that those girls showed during Pat's illness is a testament to that fact.
While Pat would never directly refer to their progress in life, Imelda  and Carmel have qualified as nurses and Angela as an accountant, but there was no doubt about the quiet satisfaction that he took in their  achievements. In company, Pat would listen to all sides of the arguments seldom speaking and then, towards the end of the discussion, he would respectfully outline his views in one or two sentences which invariably would sum up what was discussed.

Farming
We all know that Leitrim is not the easiest of places to farm but no one ever heard him complain of problems there, except when he was in Government or EEC offices looking for something for Leitrim and the West of Ireland.
He managed his farm well and indeed increased its size to its best advantage, to rear and educate his family. To my knowledge there was only one thing that he hated that was LFA forestry. He was acutely aware that it would decimate. I first met Pat in 1984 when he was IFA Chairman in Leitrim and Tom held the same position in Meath. At that time in IFA there was very little acceptance of the difficulties of farming in this part of Ireland. He, together with the late Hugh Leddy changed all that.
I vividly remember him outlining that special assistance was needed for disadvantaged and indeed severely handicapped areas. IFA accepted that point of view and lobbied furiously with Government and the EU for the introduction of those schemes. I remember the late Joe Rea taking him to Brussels to lobby for the schemes that are now part and parcel of living and farming in this area and indeed the poorer farming areas of the whole EU. To say that they were successful is an understatement.

Leader and Leitrim Partnership
When Leader was founded he immediately saw what it could do for his Leitrim, he oversaw its integration into Leitrim Partnership and  Leitrim Development
He gave Tom Lavin unstintingly of his time to make it a success. It was responsible for bringing several million Euro of grant aid to small businesses and community projects in this the county that he loved so much. The word I hear is that Cloone was not forgotten.

Football
He, like me, took a serious interest in the GAA and football. He enjoyed his matches very much and understood the benefits of an active football club to a local community and the important part that the GAA plays in Irish society.

Politics
He never stood for election for a political party, but in the last few days his great friend Brendan Grimes said that he had four main interests in life, which were the four F's, Family, Farming, Football and Fianna Fail.
I spent many enjoyable hours listening to Brendan expounding the virtues of Fine Gael initiatives and policy, then watched Pat letting him roll on for a bit and cutting him down to size with a few short remarks about how much better Fianna Fail's policy was.

Conclusion
I want you all to remember that Pat was recognised as having one of the finest and sharpest business brains in all the organisations that he served.
He also opened his home as a meeting point to aid those organisations. He was blunt and straight irrespective of who disagreed with him, once it was right for the cause that he was working on behalf of.
He was blessed with many qualities which made him a very unique individual. He had a steely determination, was a great negotiator, debater, hardworking, loyal, and highly intelligent, above all else he was  ultimately blessed to have his wife Mary and three daughters at his side.
A dheis Dé go raibh a anam dílis.'