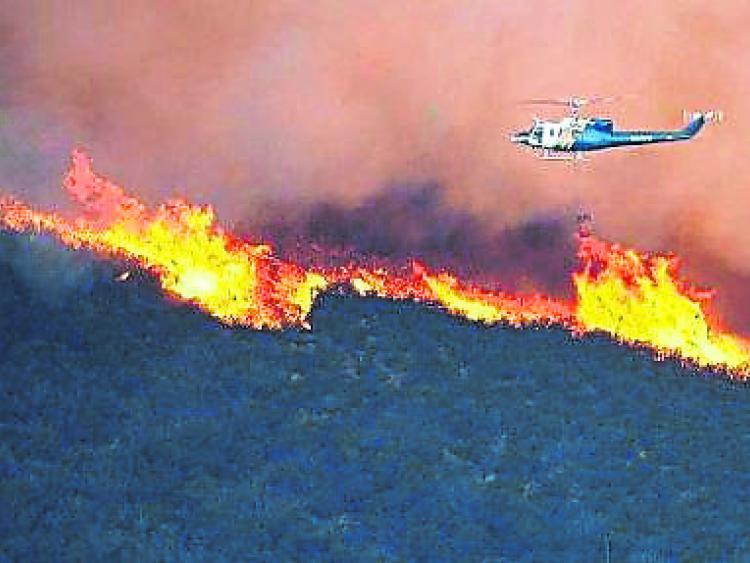 "33 farmers are being unfairly penalised by the Department of Agriculture."

Fianna Fáil TD for Sligo-Leitrim Eamon Scanlon says he’s extremely disappointed with the decision by the Department of Agriculture to impose fines on farmers whose lands were affected by forest fires on Killery mountain last year.Hundreds of acres of land on Killery mountain were destroyed in forest fires last May, and a section of the Sligo Way was damaged. Despite  the fact that money was allocated by the Department of Rural and Community Development to carry out repair work to the boardwalk on the Sligo Way, the Department of Agriculture is continuing to penalise farmers, even though they did not set the fires themselves.
“The situation on Killery mountain is extremely unfair. There are 33 farmers who are being unfairly penalised by the Department of Agriculture, which has itself recognised the fact that these farmers did not set these fires. I raised this issue with Department officials at the Joint Oireachtas Committee on Agriculture this week and was extremely disappointed at the approach taken by them”, explained Deputy Scanlon.
“The Sligo Way has been an extremely successful tourism initiative, bringing hundreds of people to the area, especially during the Sligo Camino, which took place during May last year. Hotels and B&Bs were booked out over the duration of the walking festival, resulting in a much needed economic boost for Sligo and Leitrim. However, farmers are now paying the price.
“It was unseasonably warm for the time of year and it has been widely acknowledged that the fires were more than likely started accidentally. In fact, there were forest fires burning in Cork, Kerry and Galway during the same period. Despite this, the farmers in Killery are being penalised.
“The treatment of these farmers is appalling. They’re facing fines or penalties for something outside of their control. This is unbelievably unfair. I am calling on Minister Michael Creed to let common sense prevail and to reverse the decision to penalise these farmers.
“Farmers are already under pressure, the fact that they are facing a reduction in their Basic Payment is inexcusable. The Minister needs to intervene – and I will be continuing to raise this issue with him until there is a satisfactory outcome”.