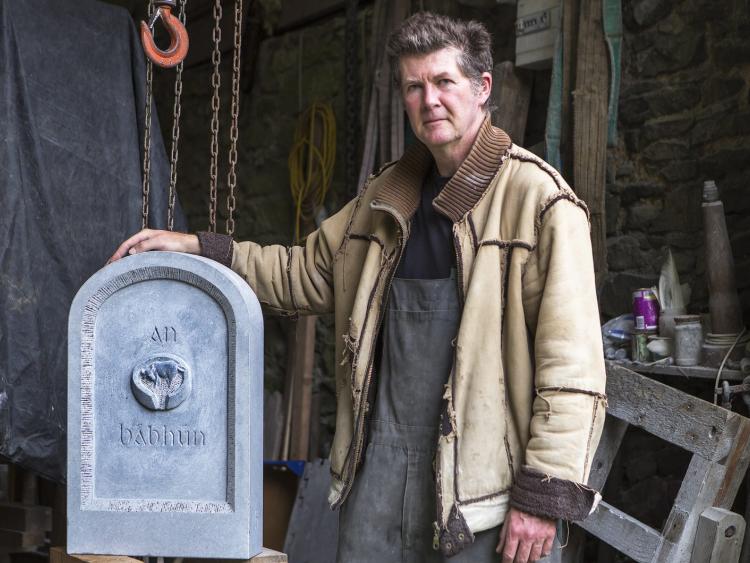 Manorhamilton artist Seamus Dunbar has been nominated as a Community Energy Champion in the Get Involved SEAI awards for his hard work in raising energy awareness and his creative plans for the future.

Seamus is well known in many circles around North Leitrim, as a successful artist as well as co-founder of the Leitrim Sculpture Centre in Manorhamilton.
But it is his work in relation to energy consumption and his creative ideas for the future that has earned him this nomination from members of the North Leitrim Sustainable Energy Community, a group he set up earlier this year.
Seamus told the paper he sees himself as the “link” between a number of groups in Leitrim interested in the future of energy.

Working in the Harnessing Creativity project a few years ago he first looked at alternative sustainable energies and produced a film on his findings for North Leitrim. He then took it a step further by focusing on one idea and that is a mico hydro station in Manorhamilton.

The idea is not a new one, Manorhamilton had a hydro station that produced electricity from 1905-1946. Seamus said the station gave Manorhamilton public lighting long before Sligo had it. The 'Local E' project was researched and costed and now forms part of the REDZ aspiration plan for the town. 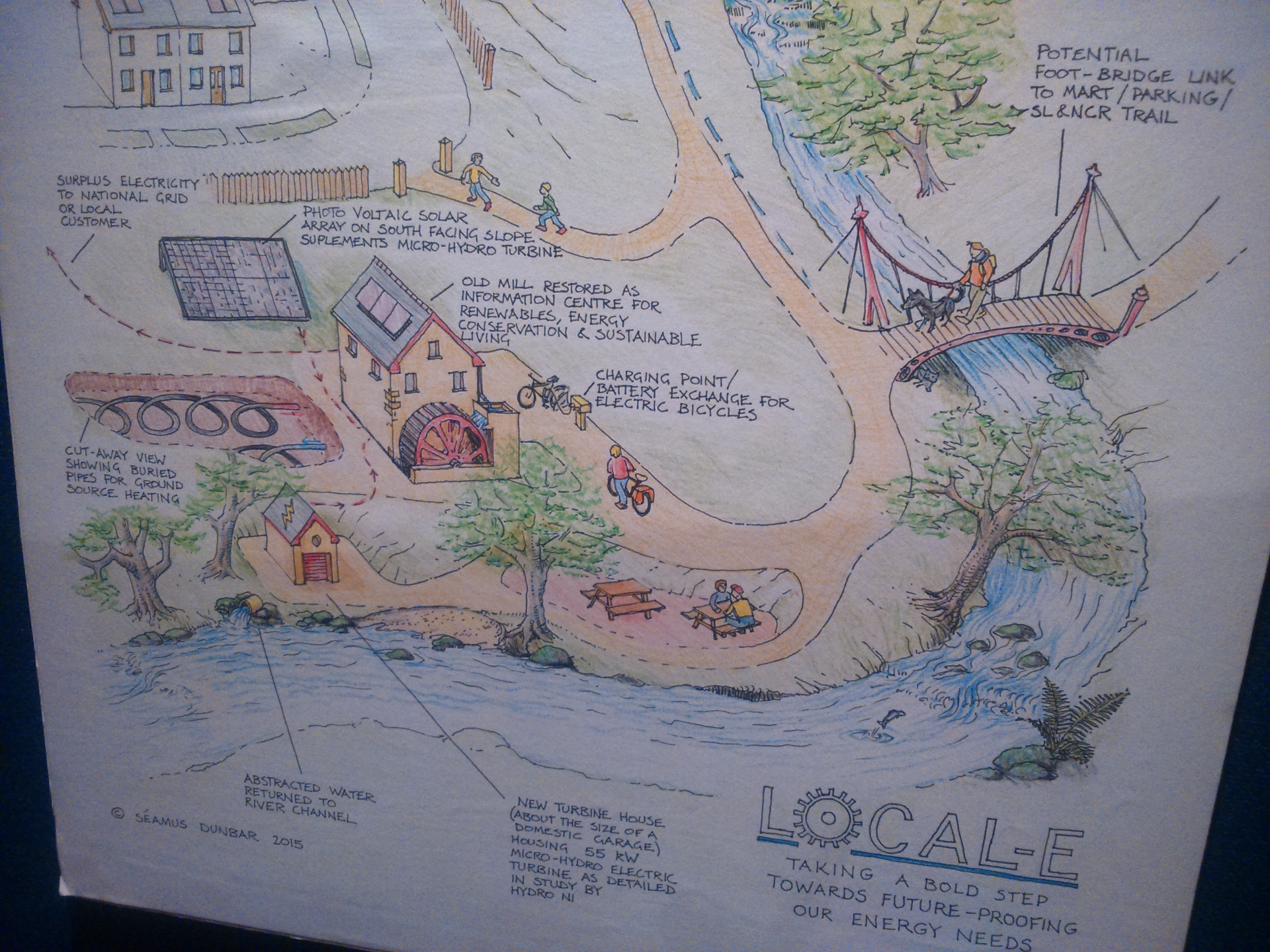 The report found it would cost approx €326,235 to set up and could produce an average electricity output for 100 houses. He said the idea which has been exhibited locally has received very “positive feedback.”
He produced the diagram (left) to show how a hydro station could be used as an amenity for the town and a focal point showcasing alternative energies.

Seamus also helped the anti-fracking Love Leitrim group to put forward positive alternatives to fracking in the county.
The hydro station is a “long term plan” for the new energy group who will focus on energy conservation and behaviour in the short term. He said this includes promotion of installation and smart appliances, feasibility studies and energy awareness and education campaigns.
The group are currently researching a car pooling app for the large population in Manorhamilton who have to commute to work daily.

The group are also researching bio-mass farming as an idea for an alternative energy source locally.
The NLSEC group have recently registered with SEAI and have been appointed mentors and are working towards a three year partnership with SEAI which will include funding and tech support for short term plans, which includes upgrading of houses which are not energy efficient. They will also apply for new LEADER funding for a few projects.
He said they are expecting to make real progress in the next 12 months. “It is time to stop talking about energy and to take action.”

Seamus believes that the future of energy is a responsibility everyone must take on. He says local communities should be in control of their own energy and reap the benefits of that. The Get Involved ‘Community Champion’ has a prize of €3,000 and will be awarded to the person that has made a very significant local contribution/effort to either producing local energy or involved in a energy conservation project.