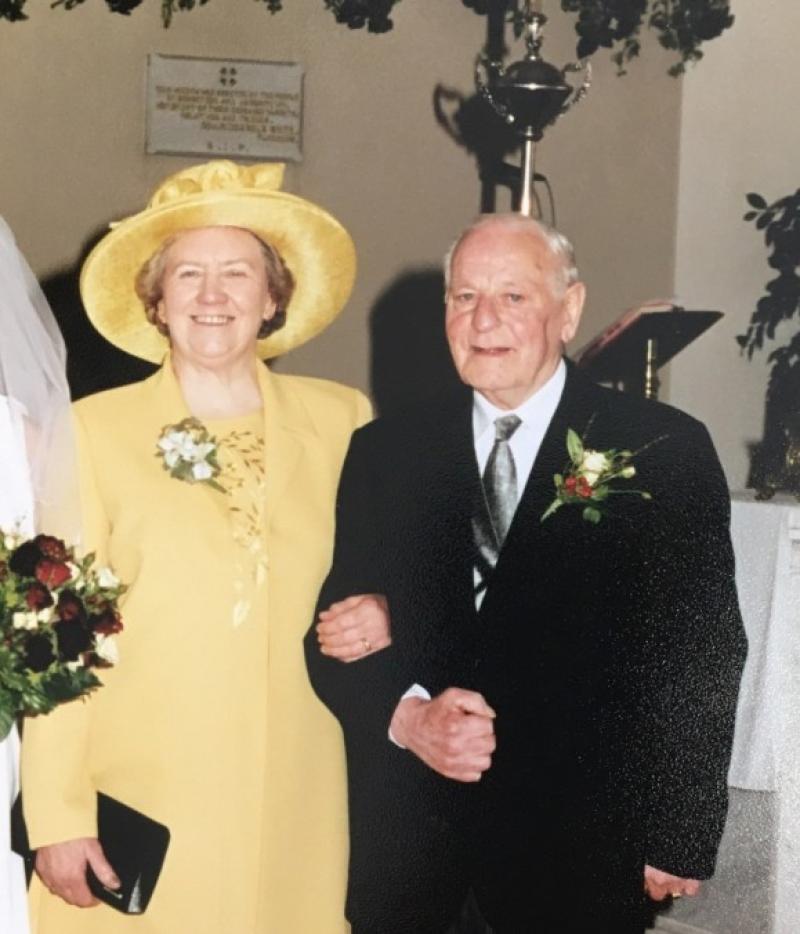 Happier times... my mother and father, Mary and Joe Casserly pictured before the death of my father and before my mother developed Alzheimer's

Alzheimer’s Tea Day takes place next Thursday, May 2, with The Alzheimer Society of Ireland (ASI) needing to raise €500,000 to provide supports and services to help families living with dementia nationwide.
On finding out about this I began to contemplate of my own family's situation and how this horrible disease has affected us.
My mother has had Alzheimer's for six or seven years now - it's actually hard to pinpoint when we first realised what was happening to her - after all as people age they begin to forget things.
The first time I think it hit home that things were not right with her was when she began to tell us stories of incidents that never happened and was quite forthright in her steadfast belief in them.
There was simply no talking to her and the more we tried the more aggressive in her attitude she became - the very juxtaposition of a woman who was mild mannered all her life, never swore and only occasionally took a drink.
Our mother was a typical Irish mother, where my dad and brothers came first - always look after the men was her attitude.
However as her only daughter I had a very close relationship with her and after the death of my father this developed more as the two of us provided support for one another.
But as mam's dementia became more obvious she too was aware of what was going on and I can never fully comprehend how terrifying that must have been for her.
She had seen first-hand what this life sucking disease can do. Her own mother, my grandmother, resided in a nursing home for nearly a decade where she had to be lifted out of bed, fed and washed - a return to her early childhood. She didn't speak but no matter, mam was up and down that road to the nursing home every chance she got.
And now, my mother knew she could be facing the same.
Her exact words, which she often repeated, were “If that happens to me, take me out in the field and shoot me!” (and I'm sorry if this quote has offended you but they were her words, so strongly did she feel on the entire matter).
But unfortunately things did not improve and gradually mam got worse and worse.
Myself and my three brothers took turns looking after her with 15 minutes home help in the mornings and evenings. We soon realised that she could not be left alone, but the last thing we wanted was to take her out of her own home.
We employed carers to stay with her night and day in the hope that she would be kept safe and secure and wasn't a danger to herself.
However after a number of TIAs that resulted in three hospitalisations within six months we soon realised that the best place for mam would be a nursing home.
We secured her a place in a fine facility in Navan (where my brothers reside), with a wonderful staff. We knew she was in safe hands and that was, and remains, our number one priority.
But sadly as time has passed our mother's memory has gotten worse.
She does not recognise us anymore.
Indeed one of the most harrowing experiences with her was at Christmas when I went to visit.
She refused to talk to me and began shouting at the nurse that I was trying to take her away to hurt her.
And no matter how many times we told her I was her daughter she denied my very existence.
To have your mother, who you love dearly, react like that is shattering.
Today mam's personality is the very opposite to the woman she was. She sits quietly staring into space and barely talks.
She politely thanks you if you help her but there is no acknowledgement in her eyes of who we are. She has dead eyes now, there is no emotion and she remains apathetic to all around her.
A strong healthy woman all her life she is just a shadow of herself. The Alzheimer's means that she has no concept of appetite. Often when she sits down to dinner she won't eat as she believes she has only just eaten.
Alzheimer's is a truly awful, awful disease.
She experiences no joy or sadness, she doesn't know she has more grandchildren and great grandchildren.
She simply sits. It seems so unfair that this woman who worked so so hard to ensure a good life for her family would end up in a situation like this. But we are lucky, we know each and every day she is safe in a wonderful environment. My brothers visit every day and I try and see her as much as I can.
No matter what she is still our mother, one that we love dearly, and one we will support to the bitter end.