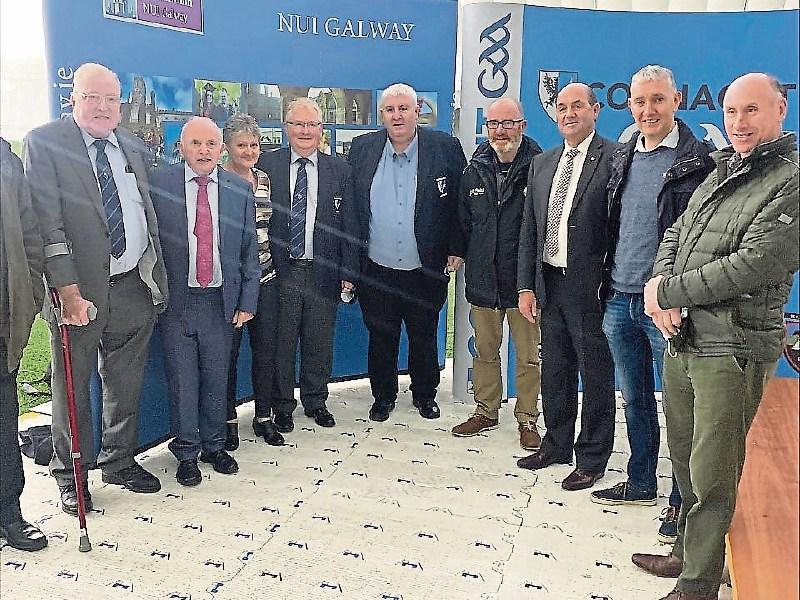 Croke Park can do something practical and immensely beneficial for many counties if they continue to meet most of the cost of inter-county players’ travelling expenses believes Leitrim GAA County Board Treasurer Martin McCartin and he urged the GAA to continue the Covid-era payment into the future.

With Leitrim GAA just one of a lot of counties recording a surplus for the year on their finances, you’d be forgiven for thinking that the GAA has benefited from the pandemic but it was the decision of Croke Park to take over the payment of players’ travelling expenses that has made a huge impact right around the country.

Speaking to the Leitrim Observer, the Leitrim and Connacht Treasurer believes continuing the scheme would have a huge impact on many counties: “Croke Park taking up 80% of the travel costs is a huge shift and a massive advantage to the western counties or indeed any county that is further away from the capital.

“The counties furthest from the capital need to be supported better in this regard. If Central Council was to take up the 80%, it would be a huge burden off the Leitrims, the Sligos, the Mayos, Roscommons - I know that we have been pushing this a while but we would be hopeful that it would come into effect in the coming year.”

Martin believes that the GAA’s move to fund players’ travelling expenses during the Covid restrictions is evident in the finances of many county boards: “Looking at Conventions that have been held, most counties seem to be turning in surpluses and that ties into the mileage being taken off, the 80% of mileage is huge.

“Most counties cut back on expenditure during that period. As you can see in our Team Administration costs this year, it is well cut back albeit with a shorter season. We don’t want to be the county saying to players we can’t give you this because we don’t have the funds to back it up - we want to be as good as every other county and those funds, they may be small in other counties, but they are significant to us.“

With Covid measures likely to be in place for some time, County Boards will find it hard to cut down on costs as players cannot car-pool on their way to training so Martin believes Croke Park should step in to take on the costs: “We were in a shorter season this year and you can see that we had €71,000 in mileage and we only had to take up 20% of that as Croke Park took up 80%.

“With Covid still around us, we can’t force car pooling, which we used to manage quite well, but that figure for travel could effectively double in a normal season if car pooling wasn’t to be the case. Up until Covid, Central Council subsidised 15 cents a mile, Leitrim County Board and every other county had to come up with the balance.”

The scale of fundraising needed to keep all Leitrim teams on the roads is enormous with Martin revealing that players’ travelling expenses comes in at near €5,000 a week for Leitrim: “Based on the figures from last year, and we have done analysis at national level, looking at every county and our costs fits in the category of about €5,000 per week, just for mileage so that is huge. If we have to be paying for that directly, it is huge.

“It will fluctuate from year to year, depending on where your panels are coming from but in fairness to Leitrim, it has been fairly consistent over the years. We probably have one or two in Galway, we have a few in Limerick, we had one in Belfast last year but the vast majority of players are in Dublin.”

Removing the burden of players’ travelling expenses from the County Board is something practical that can be done to help all counties: “It does take a serious burden off the board at a time of the year when we have very little income. That pressure was taken off during Covid and we would urge them to continue that model of funding.

“All our expenditure happens at the early part of the year when we don’t have much income and that is when we need it the most. It is something practical that could be done for smaller counties who have trouble generating revenue.”

With the Leitrim County Board relying heavily on the success of the Leitrim Supporters Club and new initiatives over the past year like the Win a Wedding draw and the 50 Miles in January fundraiser, Martin also paid tribute to all those who work so hard in raising funds to keep the show on the road.

“If you look at our accounts, we don’t have many income streams. We have our sponsors who support us religiously every year but if you look at it, we really only had our Supporters Club and our gates every year. The two big fundraisers in 2021, the Win a Wedding and the 50 Mile Challenge, has brought in significant funds for Leitrim, it was huge in a year where the season had been shorter.

“I said it at last year’s Convention that we needed to raise more money and to be fair to the Dublin Supporters Club, they gave us the idea through Adrian O’Flynn and it was a huge success. We need to thank Lough Rynn for their sponsorship with the Win a Wedding which was another huge success online.

“We had a net value of €150,000 from those two fundraisers and our Supporters Club held up the same and our gates, which is our other main source of income.”

Martin also revealed that the County Board availed of the Government’s subsidy scheme for employers: “The Government funding kicked in for our staff and we’d like to get out of that situation, we want to get back to normality but it gives us a boost to start the year that we’re not looking over our shoulder until we get some of the costs out of the way.”

“The two new fundraisers, the Win a Wedding and 50 Mile in January, were a huge boost to our finances. I said last year that we needed to raise more money to keep the show on the road and those two fundraisers were a phenomenal success and I would urge all our clubs to support the 50 Miles in January challenge this year.”

The success of those campaigns enabled the Board to offer rebates from the Supporters Club to clubs along with the sharing of gate receipts from club championship games, something he said “helped out a lot of clubs in these difficult times.

With total income of €1,106,435, fundraising brought in €293,428 while gate receipts brought in €39,574, a figure which did not include the receipts from club games held in October as the figures relate to an 11 month period following a decision from Croke Park to move the end of the financial year to September so as to allow counties complete their accounts and auditing in time for annual convention.

Mr McCartin thanked all the businesses who had supported Leitrim GAA in these difficult times financially and urged everyone to support them.

He also paid tribute to the various team managers and their management teams, pointing out that Leitrim had “one of the lowest, if not the lowest, team administration costs in the country.”

Asked by Sean McGovern why the Team Administration costs had dropped so significantly, Martin said that Croke Park paid the Players' travelling expenses and that the shorter inter-county season had contributed to lower costs.

Team Meals & Catering dropped from €52,975 to €38,701 in 2021 while Team Management and Selectors expenses for the Senior, U20 & Minor teams and Senior hurling team dropped from €80,872 to €48,664. Martin added that Players travelling expenses accounted for 30% of overall team administration costs while the figure for counties nearer Dublin was somewhere between ten and 15%.