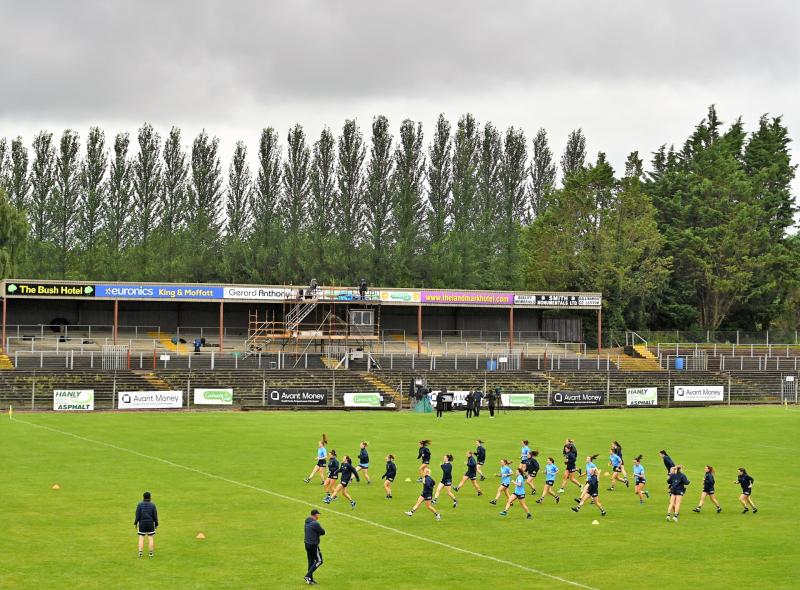 Avant Money Pairc Sean Mac Diarmada will host the TG4 LGFA All-Ireland Senior Quarter-Final between Dublin and Donegal for the second year in a row on Saturday July 9, after the Ladies Gaelic Football Association announced details of the fixtures for the last eight games.

The Carrick venue will host the meeting of the Ulster runners-up and the Leinster champions at 2pm on Saturday week with the meetings of Cork and Mayo taking place at 3pm in Ennis while Tullamore will host the double header of Kerry & Armagh and Meath & Galway later that day.

The highly anticipated contest will also be streamed on the SportTG4 YouTube channel while tickets will be on sale on www.universe.com.

ICYMI …. Carrick on Shannon will host @SportTG4 SFC All Ireland QF Dublin vs Donegal on Saturday July 9th at 2pm.

Tickets will be on sale soon from https://t.co/FvHRU4gdX8

Dublin defeated Donegal 2-12 to 2-7 in last year's meeting at the same stage of the competition before going on to reach the final where they were dethroned as champions by Meath. Donegal were narrowly defeated by Armagh in this year's Ulster Final, 3-17 to 2-19, but recovered by finishing second behind Cork in their group.

Dublin won this year's Leinster Final, defeating Meath 1-9 to 1-5, before going on to defeat Mayo, Tipperary and Cavan in the group stages to qualify with a 100% record for the knockout stages.

Tickets for the LGFA All-Ireland Finals day in Croke Park on Sunday July 31, have also been released with online sales available HERE and through the LGFA office and all GAA ticket outlets. The day will feature three games involving the Senior, Intermediate and Junior Finals.