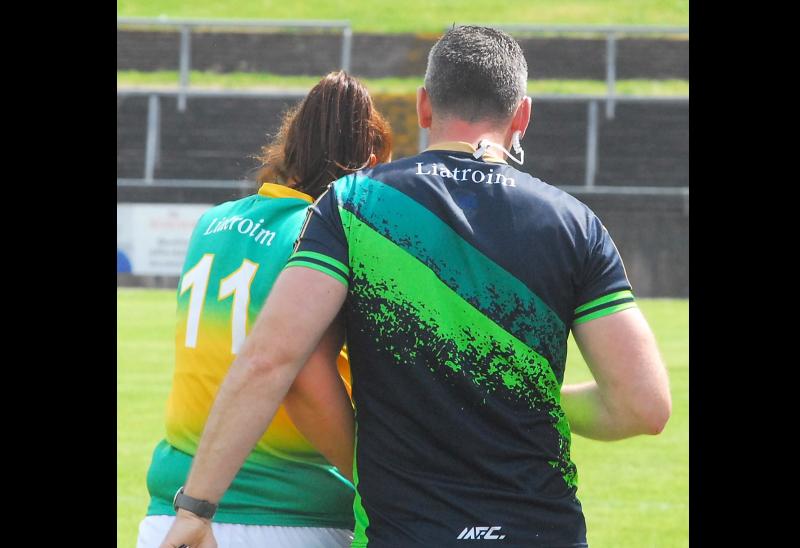 The “Big Mo” is an elusive yet tangible effect every team seeking glory wants. It can come quickly and derive from seemingly innocuous incident and suddenly a team has the “Big Mo” or momentum and they’re all on a roll. Unfortunately the opposite is also true as we’ve discovered in the past week or two.

Just consider the battle for the All-Ireland Minor championship title as provincial champions Dublin, Cork and Tyrone all exited from the quarter-finals over the weekend with only Connacht kingpins Mayo surviving - even a Galway team who lost three times in the provincial series, including against Leitrim, are sitting pretty in the last four with two unbeaten teams looking at them for the rest of the year.

Dublin, Galway, Kerry and Derry are wondering if their momentum has been stalled by the four week break between provincial finals and the quarter-finals while Mayo, those great survivors, are hoping that once again, they'll pick up speed as the championship progresses, much the same as Armagh and Clare now look on a roll.

So the idea of momentum and how it can suddenly infuse a team with belief or just as quickly evaporate  is a thought that has been rattling around this head of mine ever since Leitrim’s exit from the TG4 LGFA All-Ireland Intermediate championship was confirmed by a loss against Offaly on the June Bank Holiday Sunday and rubber stamped down in Enniscorthy last Sunday.

Leitrim weren’t the only team to fall flat in the All-Ireland Intermediate series in the past few weeks with Kildare, the team that ended Leitrim’s campaign last year, also winning their provincial title but then bouncing from the championship with no wins. With both teams safe from relegation due to their status as provincial champions, it means that Down and Sligo were both relegated to the Junior grade for 2023.

The two point defeat ended not only Leitrim’s inter-county football year at senior level for both men and women but also Hugh Donnelly’s three year term as manager, the Tyrone man stepping down in the aftermath of the defeat, bringing an end to an era of rebirth and achievement for the Ladies team.

To be honest, it was a decision I was half  expecting and  he will be missed because, in the wake of a disappointing All-Ireland championship, it is all too easy to forget the position Donnelly found Leitrim in when he took over.

His first campaign may have ended with heavy defeats at the hands of an emerging Meath (we all know what they’ve gone on to achieve) and Down but  simply getting a team on the field at that point was a huge achievement as we probably all forget that just years before that, in 2018, Leitrim couldn’t field a team in the Connacht Championship!

In 2019, a team under the care of Danny Clarke, who took over the job after manager Gavin Cawley stepped down mid-League, and minus so many of the stars who shone for Leitrim over the last three years got the better of Wicklow in a relegation playoff in Kinnegad.

It was, as I wrote at the time, one of the most important results in Leitrim’s history with two goals from Michelle Heslin, 1-7 from Vivienne Egan, 1-2 from Eilish O’Dowd and another goal from Laura O’Dowd propelling the Green & Gold to a 6-12 to 4-13 victory - the win kept Leitrim in the intermediate grade and came after a couple of underwhelming years when it seemed as if the Green & Gold were being cut adrift by Sligo and Roscommon.

Donnelly managed to change that all around - first he got key players back on the field and brought not only momentum but expectation to the county set-up. He spoke not of wanting to do well but expecting to win thanks to the talent at his disposal.

Two Connacht titles, an All-Ireland Quarter-Final in 2021 and a Division 4 League final appearance last year illustrate just how far Leitrim have come under his leadership with fans returning to the games after a few fallow years  but when he looks back on his tenure, I imagine Donnelly would be the first to say it could and perhaps should have been much more successful.

Regrets are hard to avoid in this business but seeing Roscommon, a team who Leitrim have beaten twice this year, sitting pretty   in the quarter finals must be hard to take while the Division 4 Final defeat at the hands of Louth last year and this year’s semi-final loss to Offaly, who went on to lift the League crown, sting and sting harshly.

Truth be told, I've had the niggling feeling all year that Leitrim have been struggling to find their  internal momentum with the absences of Muireann Devaney, Ailbhe Clancy & Eilish O’Dowd and injuries & illness afflicting Sinead Tighe, Rebecca Rooney and Vivienne Egan at various times and the departure of the Heslin sisters  stretching the resources at Donnelly’s disposal.

Michelle Guckian has had a truly amazing year and Leah Fox has emerged as a real threat but just consider the options Donnelly had   last year -  Guckian carried an enormous load for the Green & Gold this year  but imagine just how more effective she could have been had the absent Manor duo of Devaney and Clancy  being alongside her, taking the attention of defenders away from her and stretching defences?

In  many games, Leitrim produced early scoring blitzes where they threatened to annihilate the opposition but they were never able to sustain it and a recurring theme of missed  chances blighted the League and championship but it was still a dramatic and unexpected fall from grace.

On the face of it, whoever comes in to replace Donnelly has a strong hand with some truly outstanding players wearing Leitrim's colours but scratch beneath the surface and there are challenges looming for whoever comes in.

While not trying to be ageist or anything like that, you have to admit that the age profile of some of Leitrim's key players is not where you'd like it to be - they simply cannot go on forever, most have given a decade or more of service to the Green & Gold and they are indispensable today as they were in their heyday.

A new manager would also love to see Devaney, Clancy, Eilish O'Dowd and even Aine Tighe back in the Leitrim fold but the Kiltubrid woman is extending her Australian adventure with Fremantle Dockers for another year while Devaney's burgeoning soccer exploits with Athlone Town and Ireland's underage squads may see Leitrim lose out on her talents.

All it does is underline how quirky fate can be - a month ago, the future was bright and inviting for Leitrim as they celebrated the defence of their Connacht title. Nobody can take that achievement away from them but right now, there are questions and uncertainty that nobody but nobody would have expected just a month ago in Tuam!