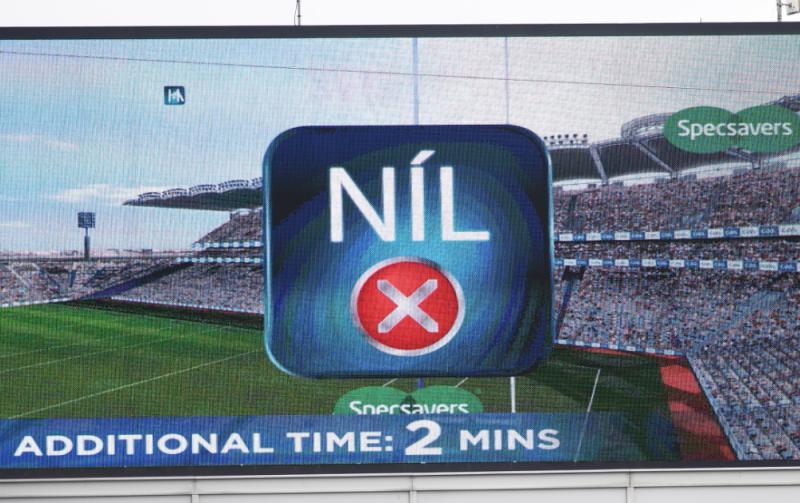 The GAA have issued a statement on Hawk-Eye following the controversial issues relating to problems with the score detection technology. PIC: Sportsfile

The GAA have issued a statement on Hawk-Eye following the controversial issues relating to problems with the score detection technology during the Galway and Derry All-Ireland football semi-final last weekend.

Is there a problem with HawkEye? Shane Walsh's free late in the half was deemed wide by the technology at Croke Park, but the replay would suggest otherwise
https://t.co/AhGH0dO2Ff
https://t.co/ced90fBubg
https://t.co/2SRRKdgjzu pic.twitter.com/NAimqXO9P2

A full end to end testing of the system will take place this week before a decision will be made on whether Hawk-Eye will be used for the All-Ireland hurling final between Limerick and Kilkenny on Sunday.

The statement read: "The GAA can confirm that a full report into the issues relating to problems with the score detection technology in use in Croke Park last weekend has been received from Hawk-Eye.

"A combination of unrelated issues, including minor hardware failures, led to an erroneous finding for a score towards the end of the first half of the first GAA Football semi-final, which was promptly queried by match officials who subsequently took the decision to award the score.

"Full end to end testing of the system will take place this week, after which a final decision will be made as to the deployment of the system for Sunday’s GAA Hurling Final.

"Hawk-Eye have also confirmed that there were no historical issues with the system and that the problems experienced relate to last Saturday only and specifically to the Hill 16 end goal for that specific moment in time.

"The GAA is to undertake a full review of its own protocols relating to when and how the system should be stood down if similar challenges are to arise in the future."