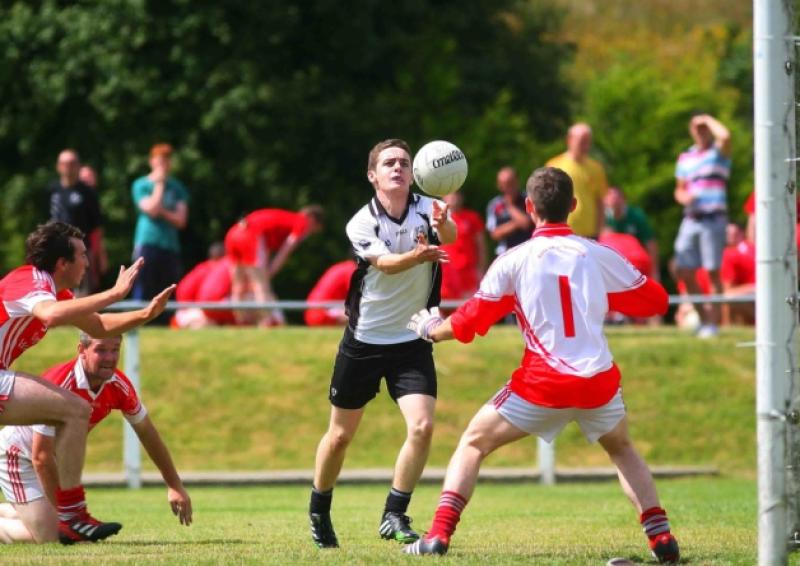 Glenfarne/Kilty chalked up a rather easy win with a strong finish against a fading Ballinaglera in Sunday’s entertaining Group 2 game in Drumshanbo.

Glenfarne/Kilty chalked up a rather easy win with a strong finish against a fading Ballinaglera in Sunday’s entertaining Group 2 game in Drumshanbo.

Ballinaglera dominated the exchanges in the first half and led until the seventh minute of the second half but ran out of steam as Glenfarne/Kilty claimed victory and a guaranteed place in the quarter-finals.

The victory assures last year’s defeated semi-finalists a place in the quarter-finals while Ballinaglera must defeat St. Patrick’s Dromahair if they are to advance - a win for them and Manor, who take on Glenfarne/Kilty, would see Glera go through by virtue of a superior head to head record while a win for Ballinaglera and Glenfarne/Kiltyclogher would mean it could come down to scoring difference.

The highly experienced Colm Maguire opened the scoring within 45 seconds of the start from play but Fergal Clancy had Glenfarne/Kilty on level terms from a free. Daire Clancy put Glenfarne/Kilty ahead after five minutes.

However, Ballinaglera started to take over and points from Seamus McGovern and Enda McGuire put them in front, McGovern and Barry Gilmartin both adding points as Glera went three clear..

Maguire again hit the target very early in the second half, this time after 46 seconds, but Glenfarne/Kilty upped their game over the next ten minutes and went from three down to go two up with Conor O’Rourke scoring two from play.

Glenfarne/Kilty pulled away in the remaining minutes of the action with Fergal Clancy hitting over three more frees while sub Steven McManus fired over from play.