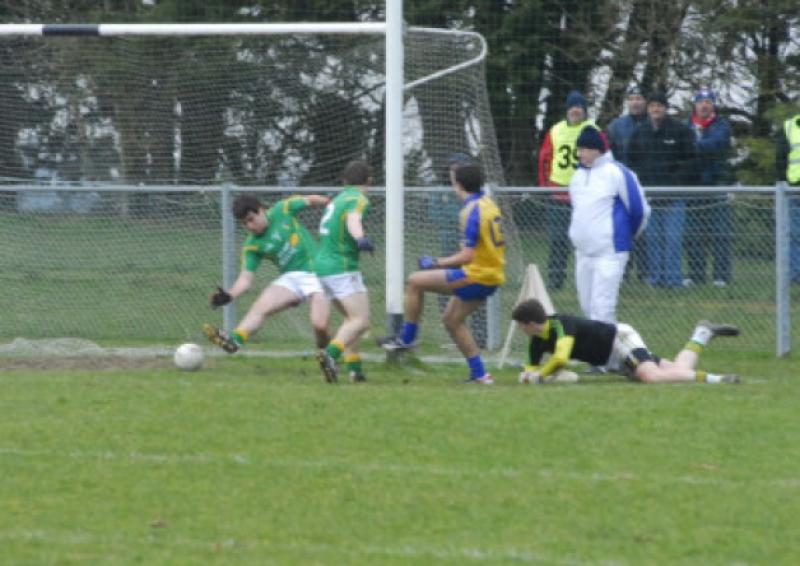 I attended GAA Congress in Derry on Friday and Saturday and witnessed the Association vote to enact some of the most significant changes that have taken place in the rules of Gaelic football since the game entered the modern era.

I attended GAA Congress in Derry on Friday and Saturday and witnessed the Association vote to enact some of the most significant changes that have taken place in the rules of Gaelic football since the game entered the modern era.

The proposals brought forward by the Football Review Committee (FRC) brought an air of anticipation to the occasion; the magnitude of what could unfold was captured by the contribution from the floor of former Derry footballer and hurler Tony Scullion. The vote on the introduction of the Black Card for certain cynical fouls was about to take place.

Scullion, a member of the FRC, headed up by Eugene McGee and featuring Declan Darcy, John Tobin, Ciaran McBride, and Kevin Griffin, amongst others, had held his peace as contributors from the floor contributed common sense evaluations of why the motion should pass.

Scullion’s contribution, on the other hand, came entirely from the heart. So impassioned was his plea that he appeared to blow-out the microphone he was handed to make himself heard. He really didn’t need a mic; his speech would not have been out of place in the dressing room of a team that had under-performed in the first half of an All Ireland final and were in danger of losing the opportunity of a lifetime. He urged delegates to search their hearts and their souls and vote the right way and I have no doubt his words had an effect. The motion garnered 70 per cent of the vote, easily passing the two-third requirement. As the result came through Eugene McGee let his head fall into his hands, and let tears fall. This was not your typical GAA committee meeting.

In all, 17 of the 22 motions brought forward by the FRC were passed, including the introduction of a formal five-second advantage rule, the ability to score a point with an open hand pass (previously you had to use the closed fist) and the use of a time clock during all provincial and All Ireland series matches. During their work they invited contributions from anyone with an opinion on the state of Gaelic football via an online survey while also conducting face to face interviews and focus groups with hundreds and thousands of players, referees and coaches. It was one of the largest reviews ever carried out by an amateur organisation in the country.

So what will this all mean to Leitrim’s club and county players, not to mention our referees and coaches? From January 2014, referees may issue a Black card for five specific offences resulting in the recipient being expelled for the remainder of that game (including an extra-time). The offences are: deliberately pulling down an opponent; deliberately tripping an opponent with the hand, arm, leg or foot; deliberately colliding with an opponent after he has played the ball taking him out of a movement of play; using threatening, abusive or provocative language towards an opponent, teammate or referee; and remonstrating in an aggressive manner with a match official.

The first three players to receive a Black Card may be replaced immediately by a substitute; any subsequent offences will leave the team reduced in numbers. The number of subs that can be used in a game has been increased from five to six to cater for any potential increase in requirements.

During my playing time I experienced many trial rule changes during the provincial leagues, including the ‘Sin Bin’ (which removed offenders from the game for 10 minutes for a similar array of offences) and the mark between the 45 meters lines from a kick-out (the latter was another recommendation of the FRC at Congress, but was not passed). While I am 100% behind the commendable attempt by the FRC to remove the cynical elements of our game outlined above that have become all too commonplace , and I believe the Black Card will go a long way to achieving this, I feel the Sin Bin would have been a better way to tackle the issue.

One reason behind my thinking is that the Black Card focuses the punishment on the individual instead of the team. In a tight game with ten minutes to play and with a forward bearing down on goal I believe a defender will still sacrifice himself and commit that cynical foul to stop a certain goal, safe in the knowledge he will be replaced from the bench. Were the player to know that his team would be down a man for the remainder of the game he would be must less likely to commit that foul.

While this isn’t sporting, I believe in that split second moment human nature will kick in and the team win will override the individual concern for fair play or the fear of being sent off.

This scenario will of course favour those teams and counties with bigger populations to pick from – they can pick a replacement player from a stronger bench than counties with smaller picks.

The Sin Bin option would also have done away with the time needed to get a replacement substitute on, which will only add to the stop-start nature of our game, something the FRC tried to reduce. It would also be easier to follow from a supporter’s perspective, with the imminent return of a Sin Binned player adding to the drama of a game.

Finally, the use of a substitute replacement will require every member of a panel to be permanently warmed up and a manager will never know what player would receive a Black Card. Introducing a player that hasn’t warmed up properly could add to injuries in the game.

However, I don’t want to come across negatively regarding the Black Card. As I already said I think it will assist in cleaning up our games and that is to be welcomed and embraced enthusiastically. It was voted in democratically and has a decent run in period allowing coaches and players to adapt their game.

The simple message for the sceptics remains true – don’t commit the cynical fouls linked to the Black Card and you have nothing to worry about.