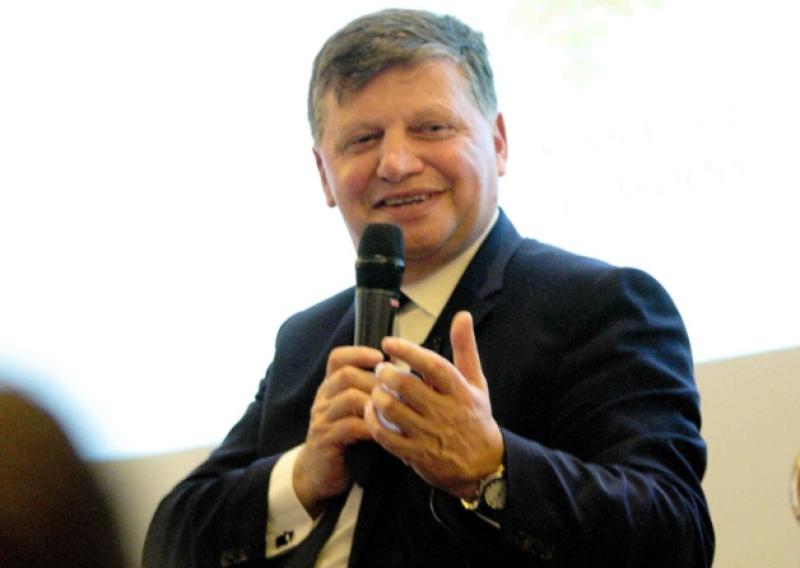 The man who guided Leitrim to their second ever Connacht title success in the magical summer of 1994, John O’Mahony, was the special guest at last Saturday’s Leitrim Sports Partnership Sports Star of the Year Awards and he took the opportunity to reminisce about his time in Leitrim.

The man who guided Leitrim to their second ever Connacht title success in the magical summer of 1994, John O’Mahony, was the special guest at last Saturday’s Leitrim Sports Partnership Sports Star of the Year Awards and he took the opportunity to reminisce about his time in Leitrim.

When asked how fresh the memories of his Nestor Cup success with Leitrim are, John replied, “It’s like yesterday, I have wonderful memories. Everytime I cross the bridge in Carrick I get a warm glow of happy memories.”

Prior to taking the Leitrim job John spoke to the players and those close to the team and it quickly became a challenge that excited him.

“Tony McGowan struck me with his passion and optimism for the future and once I spoke to the players I knew it was a project worth having a cut at. I was lucky to have players who pushed themselves to the limit. I don’t think anybody involved in that close knit group was surprised.”

John added, “It is a very thin margin. What Packy’s team did in reaching four Connacht finals in a row and coming up short is agony but it is an incredible achievement. The other side of the line is ecstasy. I remember Masonite people were over from America and they couldn’t believe the unity of purpose in the county and that’s what won it.”

Talking about the challenges and obstacles John recalled, “The challenge was greater but the opportunity was greater as well. It helped me in my managerial career afterwards. I said it to the Galway players afterwards, ‘If Leitrim can do what they did with their resources, what can you do in the third biggest county’?”

Despite the success there is a regret that more didn’t follow in 1995. “We really were set up to win it again. I’ll never forget the six minutes of injury time against Galway and then Galway went on to hammer Mayo in the Connacht Final. I’m not saying we would have won the All-Ireland semi-final but we would have been very competitive.”

When asked what Leitrim have to do in order to enjoy more days like they did in 1994, John replied, “That is a hard question with an easy answer. You never put the head down. Defeat is a setback on the road to success. You have to have a dream, a vision.”

He also feels ‘smaller’ counties need more “empathy” from Croke Park saying, “I was at a few Carlow league games. There were a couple of hundred people there and there was a one sheet programme. They need help because they are doing as much as Dublin. Strong teams need it as well because to be All-Ireland champion you are champion of every county and if half the teams are out of it the success doesn’t mean as much.”