Division 4 players must not be forgotten insists Ward 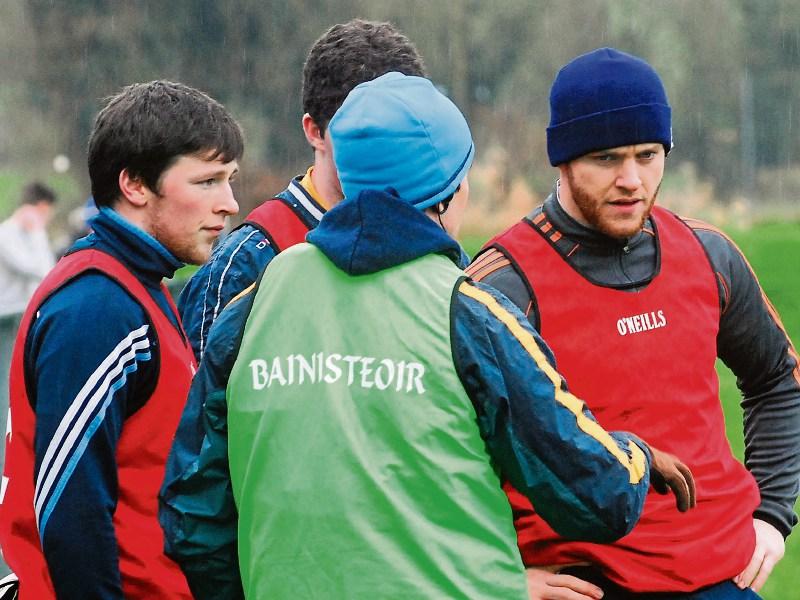 Leitrim manager Shane Ward has hit out against proposed changes to the structures of the GAA Senior Football Championship.

There had been much talk about the need for a radical overhaul of the GAA Senior Championship with many arguing the case for a two tier championship with the second tier consisting of teams from Divisions 3 and 4.

However, following months of consultations the proposed changes, which will need to be approved by a two-thirds majority at next month's Congress, will simply see all Division 4 teams being placed in a separate Championship with the winners included in the following years qualifiers.

Leitrim manager Shane Ward acknowledged that there is a need for change but argued the proposed changes represent little more than what was already experimented with when the Tommy Murphy Cup was in place.

Leitrim GAA County Board Chairman Terence Boyle was in agreement but feels the proposals have little chance of success at GAA Congress.

Reacting to the proposal after last Sunday's FBD League game against Sligo, Ward expressed his disapproval insisting it is the prospect of Championship football that drives the Leitrim and other Division 4 players to perform to the best of their abilities.

“I spoke about it previously on a number of occasions and having done a bit of research and after having a sit-down with the guys, it is one of those decisions that can’t be made without serious consultation.

“I know there has been a consultation process but if you take the Leitrim players or any other players in Division 4 out of senior championship, it would be a serious threat to the game because the Championship is what drives these players to train week in, week out and they can’t forget these guys.

Referring to the ill-fated Tommy Murphy Cup, which aw Leitrim contest the Final against Louth in 2006, Shane said “They’ve tried it before and it hasn’t worked so why try it again if it hasn’t worked. Let’s try and figure out a better calendar and look at others ways of changing up the game to make it more interesting for all these players.”

However, Shane acknowledged there is a need for change “of some sort” adding “I think you could start looking at the GAA calendar for starters and giving these players the best chance to prepare for league and championship.

“That’s one option but it’s only a personal option, if I was in charge of a Division 1 team, I might look at it differently. There are options out there but we don’t seem to make the best decisions based on all the evidence we have.”

County Board Chairman Terence Boyle feels that a proper “B Championship” would gain more support - “We discussed it at County Board level and we felt it would be worthwhile but not to limit it to Division 4 teams, it would have to have Division 3 and 4 teams to make it worthwhile.

“I don’t think they should just pigeon hole the Division 4 teams but we are going to have to come up with something or else we are just back to the Tommy Murphy Cup.

“We have to be realistic about the championship, we wouldn’t be within a million miles of the likes of Dublin but if you are good enough in any given year, you can push along in Connacht and compete with the bigger teams.

“There has to be a meaningful B competition or Intermediate grade and teams can play their way through it and win promotion to Senior the following year, just like we do with all our club football.”

However, Terence does not believe the proposal will gather much support - “To be quite honest with you, I can’t see the proposal getting too far. There is an awful lot of uncertainty about the proposals and I can’t see it getting a two-thirds majority at Congress.

“There may be other proposals coming before Congress but personally, I don’t think there will be any change.”