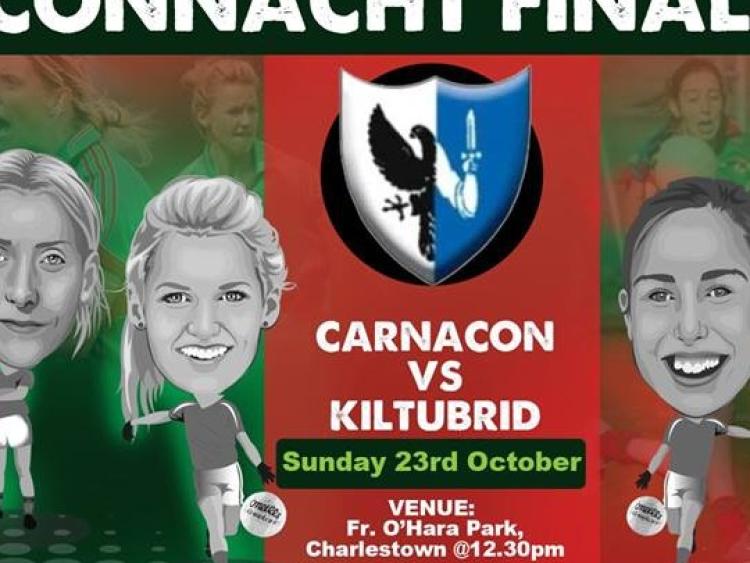 Kiltubrid Ladies represented Leitrim for the second year in a row this afternoon when they competed in the Connacht Ladies Gaelic Football Association Club Championship Final in Charelstown.

Unfortunately for the Leitrim champions they found Mayo's Carnacon to be in fine form as they triumphed on a scoreline of 8-20 to 1-9.

Cora Staunton shone for Carnacon but she was assisted by a number of excellent perfomances from the likes of Martha Carter, Fiona McHale, Amy Dowling and Michelle McGing.

Although they spent much of the game defending there were impressive performances from Kiltubrid's Michelle Guckian, Aoife McWeeney, Miranda Foley and Emma Guckian. Kiltubrid captain Aine Tighe was influential in midfield but was always well marshalled when she ventured forward, the Carnacon players well aware of the need to contain her threat.