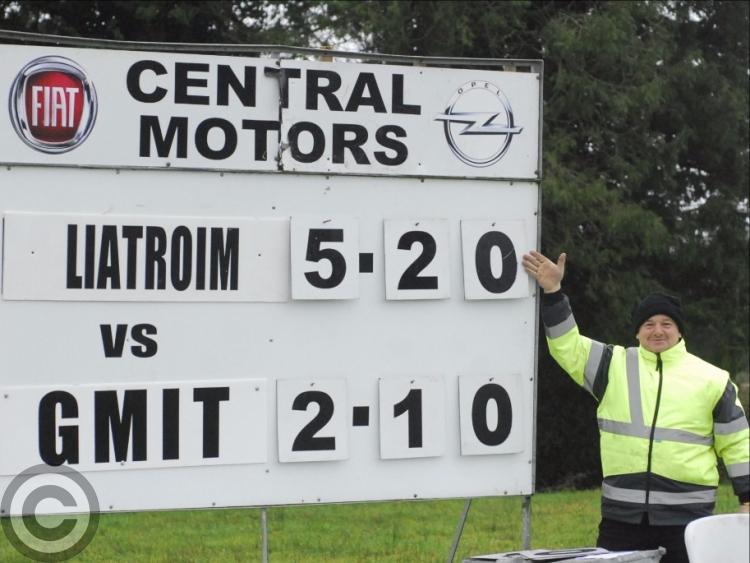 The participation of third level colleges in the FBD Insurance Connacht League may be about to end after Connacht GAA Council Secretary John Prenty called for the Colleges to be pulled from the pre-season competition.

With Galway Mayo IT suffering two heavy beatings at the hands of Leitrim and Sligo, IT Sligo getting a tanking from Roscommon and even NUIG’s victory coming over a third string Mayo, many are calling for the participation of the Colleges in the FBD League to be ended.

Admitting that the League Final had once been an all-college affair, Prenty believes the competition is not being served by College’s participation - “One or two colleges have won the FBD league, but I think their race is run. I have written in my report for our annual convention, which will be published next week, that the time has come to take the colleges out of these competitions. It is a council decision and I have written that we should take that step.”

“Before we brought the colleges in, we noticed that counties were organising challenges with them early in the year. Colleges were also brought in to help with their preparation ahead of Sigerson. The Sigerson is starting next week. It has gone too close to Sigerson.”

Neither does Prenty believe the exclusion of the colleges would be detrimental to the competition - “If we don’t have an FBD league, what you’ll have is the counties going around looking for challenges in the month of January so you have to provide the counties with a platform.”

Ironically, Galway manager Kevin Walsh and his Sligo counterpart Niall Carew are both supportive of the present format of the competition as Carew commented “These games are still better than playing challenges.”

Walsh added ““It is a great chance for young players to put on a maroon jersey for the first time or whatever county you are from. It is crucial that lads get the chance to do that in a lower stressful environment.”