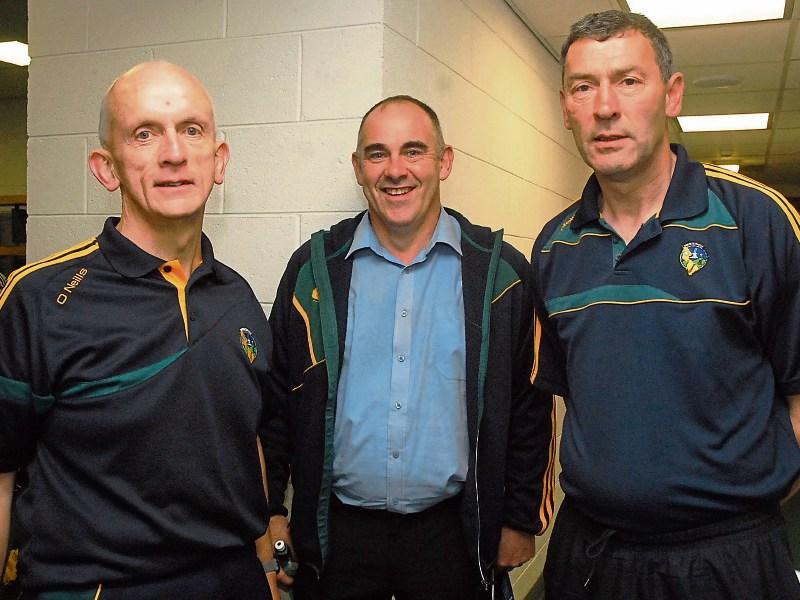 The disappointment on the faces of all associated with the Leitrim team was clear to see as they made their left the hallowed Croke Park turf and made their way towards their dressing room underneath the Hogan Stand.

Leitrim’s coach, Michael Coleman, who enjoyed All-Ireland success in his playing days with his native Galway, looked as disappointed and frustrated as anybody as he gathered his thoughts after the game that saw Leitrim’s half-time lead quickly disappear as Warwickshire took control after the break.

Attempting to put his finger on just where it went wrong for Leitrim after the interval Michael pointed to the concession of too many frees while at the other end, wides when scores would have been real confidence boosters also hampered Leitrim’s chances.

“I suppose three or four frees, just after half-time, in the first 10 minutes unsettled us a little bit and gave them that bit of a push on. Two wides immediately afterwards for ourselves when we had chances, when we look back on it maybe we should have put the ball across goal or something like that but that is part of it.

“Coming into it today we knew it was going to be a tough, tough struggle but they gave it everything. They have shown commitment and you have to admire them for the effort they have put in.”

While not looking to make excuses for Leitrim’s defeat, Michael did agree that playing in Croke Park presents challenges unlike any other ground.

“Every team that ever visits Croke Park, whether it is Leitrim or Warwickshire or any of the teams out there now, the ball is going to move that little bit quicker and the smallest errors will be found out and they capitalised on it. On other pitches in different places that won’t happen but today if you made a little error you were going to get penalised. Credit to Warwickshire they took every opportunity that came their way.”

The pain of defeat was still raw but Michael insisted there are plenty of positives Leitrim can take from their Lory Meagher Cup campaign.

“This year we said we’d give it good commitment and we can’t fault the lads. They gave it everything. Maybe today was that little bridge too far. Over the year they had some great games. Granted, we brought on new players during the league and gave them all a game but we always focused to see could we get inside Croke Park.

“It’s a first time in Croke Park for Leitrim hurling, it’s a massive achievement and they can hold their heads up high. It’s great for the county because it encourages people to get involved in the sense that nobody will be looking back at Leitrim as the team that are always the beaten team.

“Today, yes but over the course of the year .. the Sligo game and Fermanagh game, they can hold their own and it all came down to the commitment. Maybe it is the fear of winning instead of the fear of losing that we need to drive on and maybe that’s something we need to look at.”