The man with the seemingly endless supply of ash

A tribute to the late Paddy Phelan 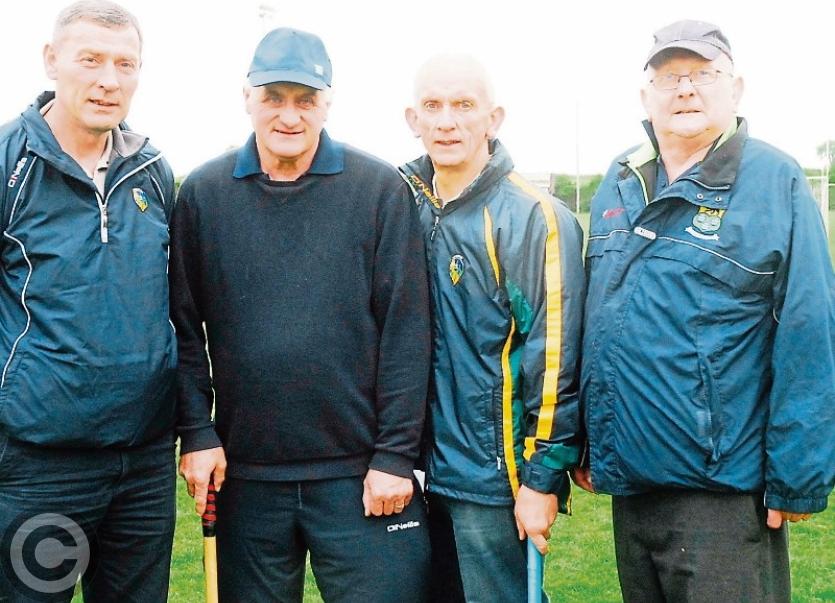 The passing of Paddy Phelan has cast a dark cloud over the whole of Co. Leitrim and further afield.

The hurling fraternity of which he is most associated is deeply saddened by his death and his loss to the sport in Carrick-on-Shannon and Co. Leitrim is incalculable.

For generations of youngsters who learned to play the game and went on to play at adult level, Paddy was Mister Hurling. Hundreds of people have taken to posting about Paddy on social media these past few days, recalling their memories of Paddy and the enjoyment they derived from learning and playing hurling under him.

Paddy was such an institution and his dedication to the sport, his encouragement to players of all abilities, his tolerance, patience, understanding and good humour has been remembered this week.

Posts from all over the world have poured in following his passing with many recalling the excitement of being brought to Feiles in various parts of the country in the 1980s and 1990s by Paddy and a few other dedicated hurling men.

Those never to be forgotten memories are cherished by those who experienced them and each and every one paid tribute to Paddy for what he did for them and the grounding he gave them.

In these dark days, we remember all the good times we in the club shared with Paddy. Youngsters scattered around the pitch in Park Lane, Paddy behind the goals in his shirt sleeves with his trusty bag of hurleys and assortment of dodgy sliotars (he kept the good ones for the matches) pucking the balls out to the assembled masses and keeping a close eye on who was finding the range from out the field.

Or Paddy bringing senior club players to matches all over the county with regular forays in Longford, Sligo and Mayo. Gathering players for midweek matches was at times a difficulty but Paddy was always positive and always ensured a fixture was fulfilled. It was hard to say no when Paddy Phelan came calling.

Paddy never criticised players, he encouraged and cajoled and advised and tried to get the best out of them. The result didn't always matter. To him, we were there, we took part and, it is fair to say, we enjoyed ourselves afterwards.

The success of Paddy's native Kilkenny in the past 20 years or so brought great happiness to Paddy. He was a regular in Croke Park to enjoy those many successes and loved the banter before and after matches.

He was always gracious and good humoured when Kilkenny won and philosophical on the rare occasion they lost. He thought nothing of shooting off to Nowlan Park or elsewhere on a Sunday to see the Cats in action and thoroughly enjoyed that golden generation of players.

Everyone in the club can thank Paddy for giving them the chance to experience those big days in Croke Park. Paddy was a great man to look after people with coveted All Ireland tickets and many a convoy left Carrick-on-Shannon on an All-Ireland Sunday morning to enjoy the big day in headquarters. The convoy always broke apart on the way home, for some reason!

Paddy also revelled in the many successes of the club in more recent times with the seniors winning a lot of honours in the past twenty years and the continued growth of underage hurling.

I know he was immensely proud to see a talented Carrick Under 16 team, trained by his son Hilary, go down to Athleague two years ago and turn over a brilliant Four Roads team in a cracking Roscommon League Final, scoring 4-23 in the process. His grandson Liam was among the stars that day and Paddy was so proud as he stood on the field afterwards, knowing the future of hurling in Carrick and Leitrim was so bright.

The word most associated with Paddy and mentioned regularly by those who posted on the club's Facebook page, was “gentleman” and how true that is. Paddy was indeed a gentleman, universally admired and loved.

As one post succinctly put it, he was “the man with the seemingly endless supply of ash.” He is gone now but thankfully through his great work and that of his long time friends and colleagues, Martin Cunniffe, Mickey Dorrigan, Paddy O'Connor and others, the flame remains lit. There are many others who have now taken on the mantle and that copious supply of ash and put it into the hands of children who want to play and learn and experience the best game in the world.

That is Paddy's legacy to hurling in Carrick-on-Shannon and Co. Leitrim.

To his wife Monica, sons Alan, Hilary and Packie, brothers Donal and John, daughters-in-law Helen, Karina and Olivia, grandchildren, brother-in-law Tom, relatives and many, many friends and colleagues, we express our deepest sympathy on behalf of the club.