Victory over Cavan books place in Division 3B Final 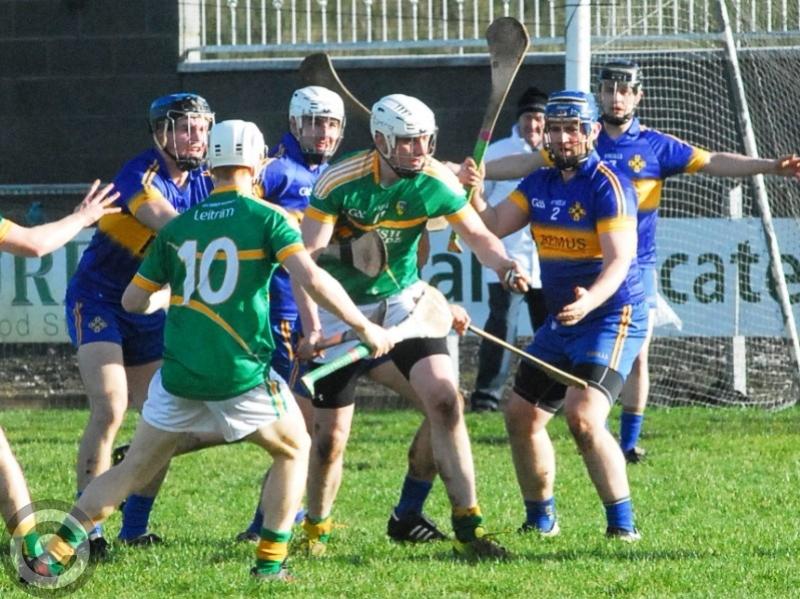 Action from the first meeting in Ballinamore between Leitrim and Lancashire. Photo by Willie Donnellan

Leitrim hurlers now wait on a date after they demolished the challenge of Cavan to book their place in the Allianz NHL Division 3B Final, their second national final inside a year.

Needing at least a point to confirm their place in the final against Lancashire, Martin Cunniffe's team scored a staggering 6-21 to 3-7 victory as the Cavan men only got their three goals in the final 20 minutes with the game long over.

Leitrim now face a Lancashire team who overcame the handicap of losing a player to a red card in the first half in Ballinamore to snatch a one point victory.

The final had originally been slated for this weekend but with Storm Emma and the snow claiming the entire GAA programme last weekend, the final round of games were played this weekend.

It is unlikely the final round of games will be played over the St. Patrick's Holiday weekend with the higher costs of flights and accommodation for teams meaning the final could be the following weekend.

See this week's Leitrim Observer for report and reaction.