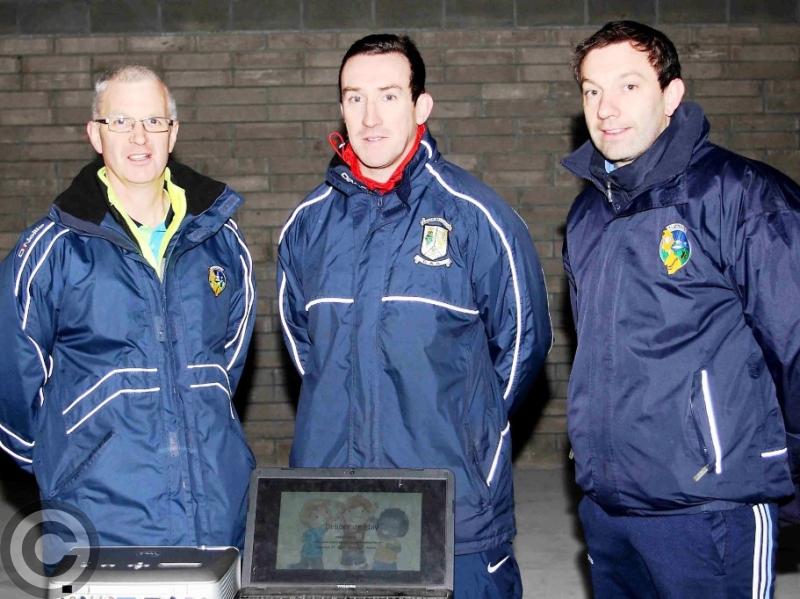 Leitrim GAA have suffered a blow with the news that highly rated Games Development Officer James Glancy is to step down from his role with the County Board inside the next month.

Leitrim GAA County Board Secretary Attracta O'Reilly informed Clubs via email on Tuesday evening, March 20, that Glancy had tendered his resignation as a Games Development Officer to County Board Chairman Terence Boyle effective from April 13.

Glancy was on the sideline last Friday when the St. Clare's Comprehensive School team who have reached the All-Ireland Junior C Final in Clones.

The news is a major blow to the coaching set-up in the County as the former Leitrim captain and Glencar/Manorhamilton star was the driving force behind the series of Coaching & Games Development Workshops over the the last two years that have proved incredibly popular with coaches in the county.

Among those who gave courses were some of the biggest names in coaching including Mayo Senior team coach Donie Buckley, Armagh and Crossmaglen legend Oisin McConville, former Dublin captain and Minor team manager Paddy Christie and Mohill's own GAA Master Tutor Matt Gaffey.

In the statement released to clubs, Attracta O'Reilly wrote "It is with profound regret that we announce that James Glancy has informed Leitrim Chairman Terence Boyle that he is resigning his position of Games Development Officer with Leitrim County Committee effective from April 13th 2018.

"We regret his decision and thank him  for his involvement in coaching and games development within the county over the last two years.

"The process to appoint a replacement will commence as soon as is possible."