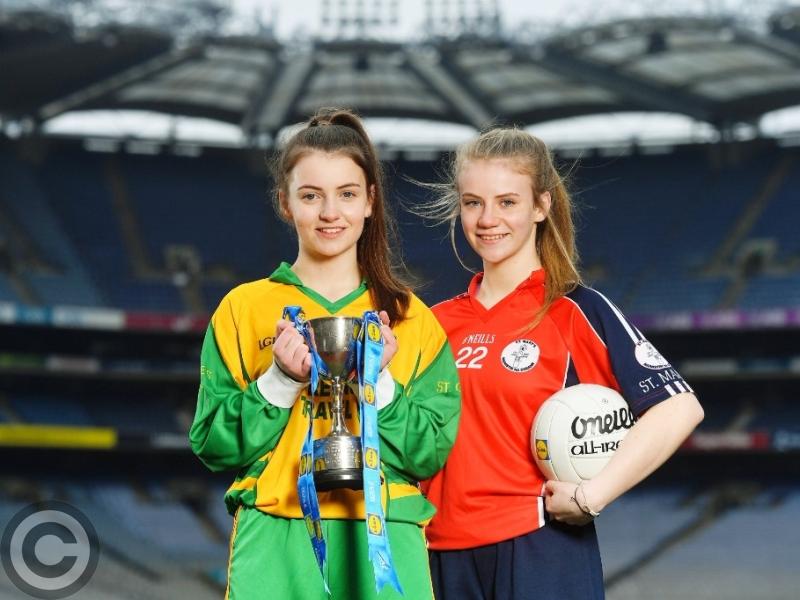 The footballers of St. Clare's CS Manorhamilton were left reeling on Friday evening when their Lidl Ladies All-Ireland Post Primary Schools Junior C Final against St. Mary's High School Midleton was unexpectedly cancelled after the Cork school revealed they would not be lining out in Ballinasloe next Sunday.

The Leitrim school were due to face the Munster champions as the second game in a double header in Duggan Park Ballinasloe on Sunday but incredibly, the Ladies Gaelic Football Association received an email from St. Mary's Midleton just one minute before the close of office hours on Friday evening to inform them that they would not be fielding on Sunday.

It appears that the Cork school felt they were not in a position to fulfill the game and the game has now been cancelled with the Ladies Gaelic Football Association now facing a decision on whether to award the title to St. Clare's or to refix the game for a later day.

At the time of going to press, the LGFA's own website had the game down as being conceded by St. Mary's Midleton which would mean the title goes to St. Clare's.

There was no inkling of these developments when the St. Mary's team captain attended the launch of Lidl Ladies All-Ireland Schools series in Croke Park just last Wednesday, April 11, along with St. Clare's captain Laura Fowley, manager Danielle Nolan and player Leah Fox.

Coming less than 48 hours before the game was scheduled to throw-in, St. Mary's decision has some huge knock-on effects as St. Clare's duo Muireann Devaney and Leah Fox were due to play for Sligo Leitrim over the weekend but had made alternative arrangements to try and attend both sets of fixtures while the travel arrangements and plans of the St. Clare's team and supporters are now all cancelled.

In their statement, the LGFA said that St. Mary’s Midleton informed them via email at 4.59 pm on Friday April 13, that they were not in a position to fulfil the fixture, adding “The LGFA was left with no choice but to accept the decision from St Mary’s not to play the game, and St Clare’s Comprehensive, Manorhamilton, have been informed.”

The LGFA have not stated whether St. Clare’s CS will now be awarded the game due to St. Mary’s inability to field as under LGFA, a team must give two day’s notice in written or electronic form to the LGFA and the opposing team may be awarded the game. Furnishing the notice may avoid a suspension for the team but will not entitle the team to a refixture. (See below for full rules).

The full statement from the Ladies Gaelic Football Association is as follows:

St Mary’s informed the LGFA via email on Friday evening (April 13), at 4.59pm, that they were not in a position to fulfil the fixture.

Alternative dates had been suggested in recent weeks for this fixture but as agreement could not be reached between the competing schools, the LGFA informed both schools last Friday, April 6, that the fixture would remain on its original date, April 15.

The LGFA was left with no choice but to accept the decision from St Mary’s not to play the game, and St Clare’s Comprehensive, Manorhamilton, have been informed.

Ladies Gaelic Football Association Rules regarding teams failing to field for a fixtures:

355: A team that fails to fulfil a fixture, having received official notification, and fails to give 2 day’s notice in written or in electronic form, of its intended default, to the appropriate Secretary, may be suspended for 6 months. They may incur a fine of up to €5,000 pursuant to the terms of Rule 195. Their opponents may be awarded the game. Provision of such notice avoids suspension but may not entitle the team to a re-fixture.

356: In the event of a team cancelling a competitive game, without prior notice to the appropriate Secretary, the relevant Committee, Board or Council may be compelled to pay all reasonable vouched expenses incurred, under a penalty of 12 months suspension.

357. A team failing to fulfil a Championship fixture may forfeit its place in that competition and the game may be awarded to its opponents. The team is also liable to a suspension of 6 months.

More news on this stunning development as it happens and in next week's Leitrim Observer.