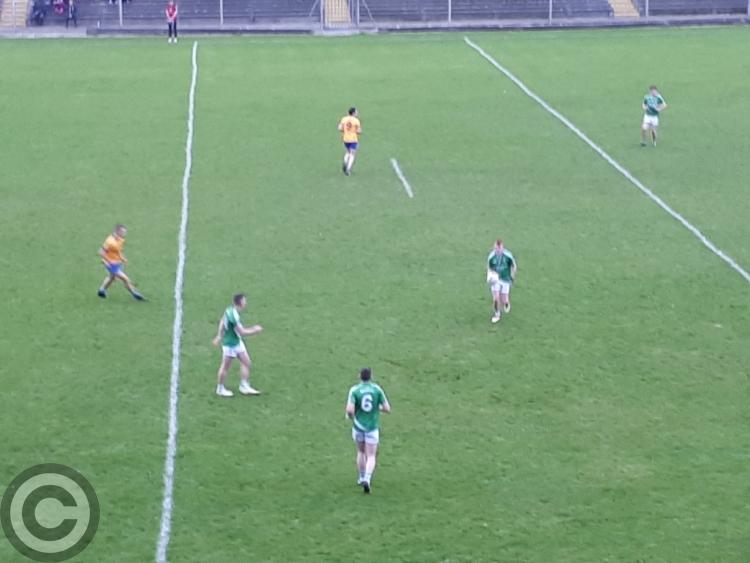 Mohill players controlling the ball late on against Glencar/Manorhamilton

Reigning Champions Mohill deliver an astounding display of power, speed and accuracy as they demolished the challenge of Glencar/Manorhamilton to reach the Connacht Gold Leitrim Senior Championship title.

The opening ten minutes gave little hint of what was to come as the teams traded two points apiece, Conor Dolan and Shane Loughlin on mark for Glencar/Manor and Keith Beirne and Ronan Kennedy hitting the mark for Mohill.

But then Mohill seemed to find not just another gear but several more as they repeatedly tore holes in the Glencar/Manor defence with Ronan Kennedy, Keith Beirne, Domhnaill Flynn, Keith Keegan and Ronan Gordon as a shell-shocked north Leitrim side were left trailing 0-12 to 0-5 at the break.

Mohill continued where they had left off and an Alan McLoughlin goal eight minutes into the second half confirmed what many in the crowd already suspected, that the game was over. It got worse for Manor as County star James Rooney received a second yellow card and his marching orders.

The scores kept coming for Mohill with Sean Harkin and McLoughlin both registering further goals as the champions sent out an incredibly powerful message that they won't be giving up the Fenagh Cup lightly.