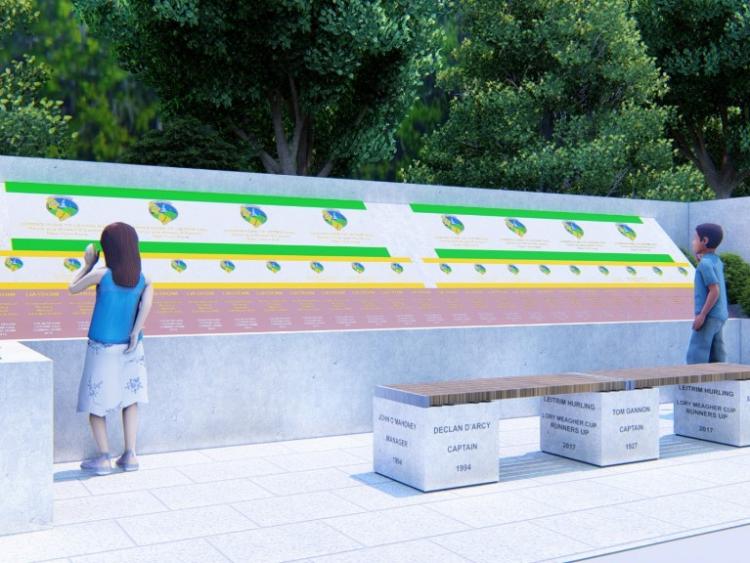 The savage loves his native land, so they say, and so, evidently, does the gentleman.

There are a select few names spoken whenever Leitrim and New York are mentioned in the same sentence. Mike Dillon is one of those.

The Cloone man’s continued contribution to his home county, and to the lives of any Irish person fortunate enough to cross his path in the Big Apple, has been immense. Mike has generously bought a brick in the Leitrim Wall, the innovative fundraising initiative designed to complete the county’s Centre of Excellence in Annaduff.

He dedicated it to his late wife with the simple inscription, ‘In memory of Mary Dillon N.Y –Dillon & Doyle families Cloone.’

I spoke this week to his friend, Manorhamilton man Frank Brady, in New York to get the lowdown on Mike, to find out a little more about the man who was awarded the inaugural Lifetime Achievement Award at the New York GAA dinner dance last year.

The following is taken from an article Frank prepared on his friend for that special occasion.

“A distinguished footballing career at club, college and county levels, saw Mike’s talents heralded in Ireland, London, and New York. As a student in St. Mel’s he won Leinster Senior College medals in 1950 and ’51. In those same years, he was one of the leading lights that propelled Cloone to two Leitrim Senior Championships.

“A bright inter-county future awaited Mike, but in 1952 he immigrated to London, and transferred to the St. Vincent’s Club, winning two London Championships, 1953 and 1954. Perhaps a good indication of Mike’s stature as a player was the fact that Leitrim brought him back to play in the Connacht Championship in ’54.

I”n 1955 Mike arrived in New York, and his well-established credentials were a great boost to the Leitrim-based New York team that was coming to the fore. He had a distinguished playing career States-side, winning a New York Championship in ’58 and the Ballantine Cup in ’59.

“In International games Mike’s prowess was very much in evidence against Ireland’s best of that era, namely Dublin and Kerry. He lined out against Dublin at Croke Park, and he was captain the following year when New York played Kerry in Gaelic Park, and was noted as “playing a Trojan part in the game” against the All-Ireland champions.

“Besides a great sporting career, Mike also enhanced his academic credentials in New York. He earned a B.A. from Manhattan College and an M.B.A. from Fordham University. He rose to prominence in the corporate boardroom, becoming an executive with the media giant C.B.S. In addition, he and his late wife Mary, ran a very successful hotel resort in the Catskills. It was always a very welcoming sojourn for Leitrim exiles. Mike has two daughters Mary and Deirdre, and seven grandsons.”

Leitrim GAA is honoured to have such a distinguished county man chose the Leitrim Wall as an appropriate way to commemorate his dear wife Mary.

If you would like to honour or commemorate someone with a personalised brick in the Leitrim Wall, or gift a brick to someone for Christmas, please go to www.leitrimwall.com.

To purchase a brick in person you can call into the Centre of Excellence in Annaduff or talk to any member of the Leitrim County Board.

In the United States, you can contact Frank Brady, chair of the New York Leitrim Wall fundraising committee on 001-914-963-8729.