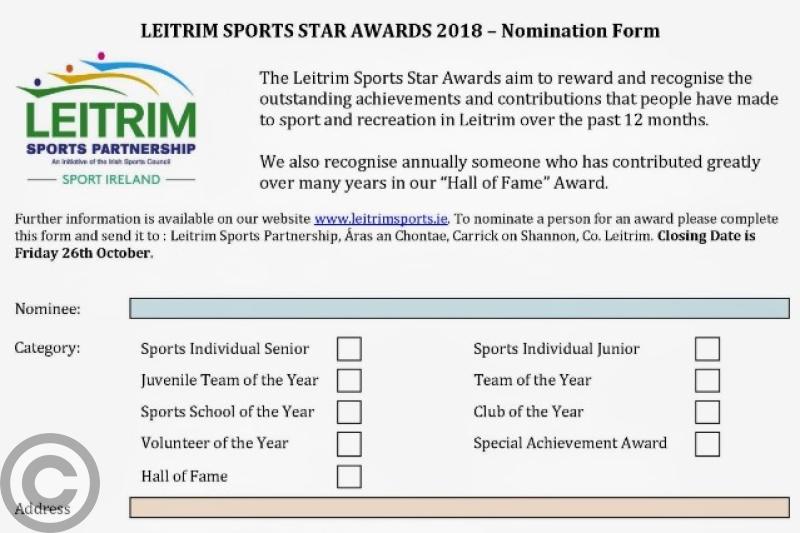 You better hurry if you want to nominate someone for this year's Leitrim Sports Star Awards with the closing date for receipt of nominations this Friday, October 26.

Completed nomination forms can be sent to Leitrim Sports Partnership, Áras an Chontae, Carrick on Shannon, Co. Leitrim or by email to sports@leitrimcoco.ie.

The eighth annual Leitrim Sports Star Awards, organised by the Leitrim Sports Partnerhsip, will take place on Saturday November 24, in the Landmark Hotel Carrick-on-Shannon and never has there been a greater selection of sporting heroes to choose from and nominate.

The purpose of the awards is to acknowledge Individuals, Sports Clubs, Teams, Schools and Community Volunteers for their outstanding contributions to and achievements in sport and recreation in Leitrim.

Volunteer of the Year is one such category. Nominations are directed to people who arrange community events that promote physical activity or people who give their time voluntarily to train teams, run clubs, have kits ready or who keep the pitches/facilities looking well for the big match days.

Juvenile Sports are well represented with two awards Sports Individual Junior and Juvenile Team of the Year.  Each year these are two of the awards which receive the most nominations indicating how juvenile sport is flourishing in the county.

Sports School of the Year is to acknowledge the hard work of a sporting school, both primary & secondary, who not only excel at sporting competitions but those facilitate the sporting developments of the students by ensuring that sport is an important aspect of school life.

Team of the Year is open for nominations for any team regardless of the sport age or gender.  It is always one of the most popular awards on the night.

The Hall of Fame award is one of the most special awards of the year and, unlike the others, the winner will be announced in advance of the awards.  It is presented to someone who has given many years of service to sport in Co. Leitrim.

The overall award for Leitrim Sports Person of the Year will be chosen from the nominees from all other awards.

Please feel free to contact us at any stage by calling 071 9650498 or emailing sports@leitrimcoco.ie. 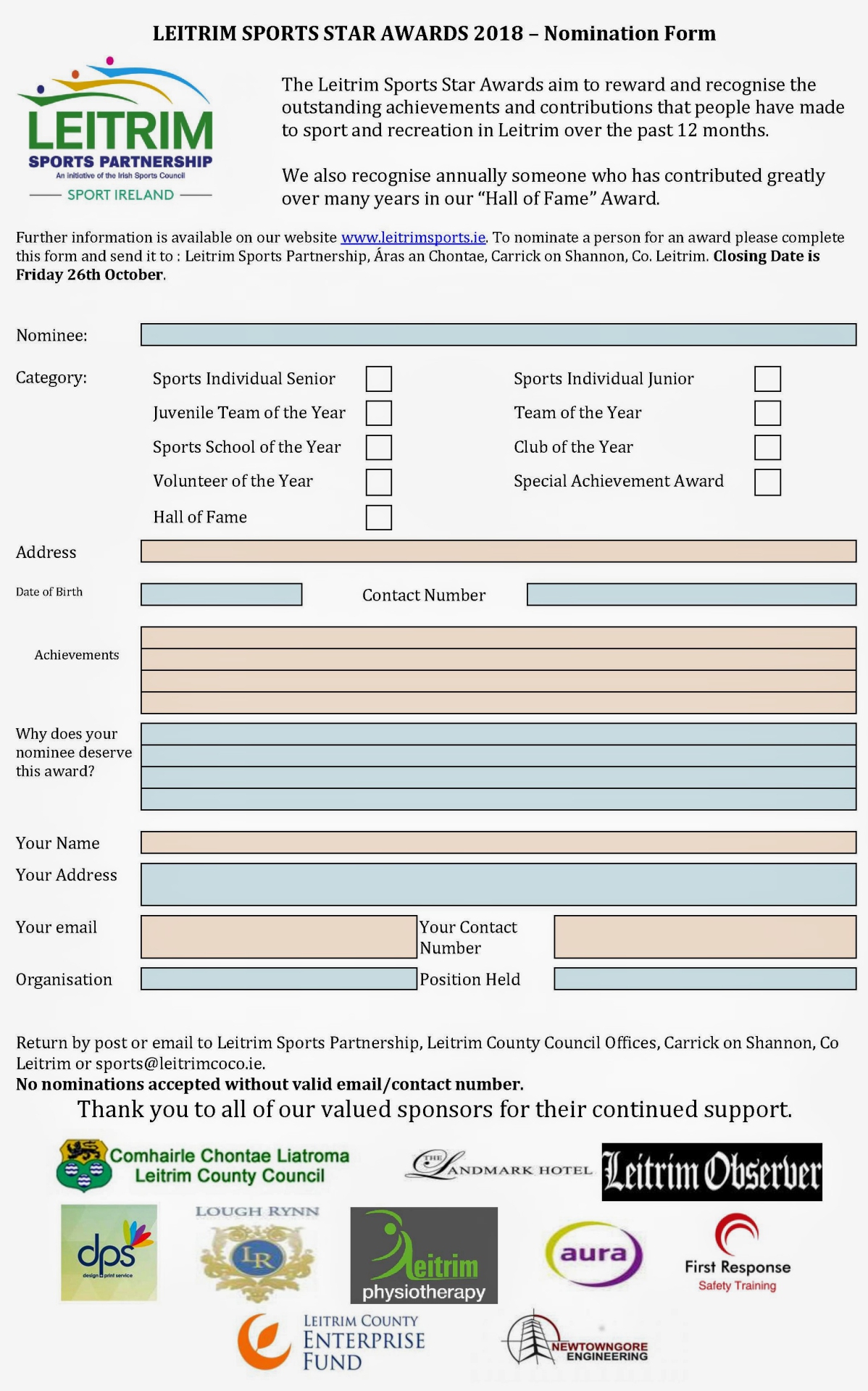