Corofin and Ghaoth Dobhair fans "excellent ambassadors for their clubs" 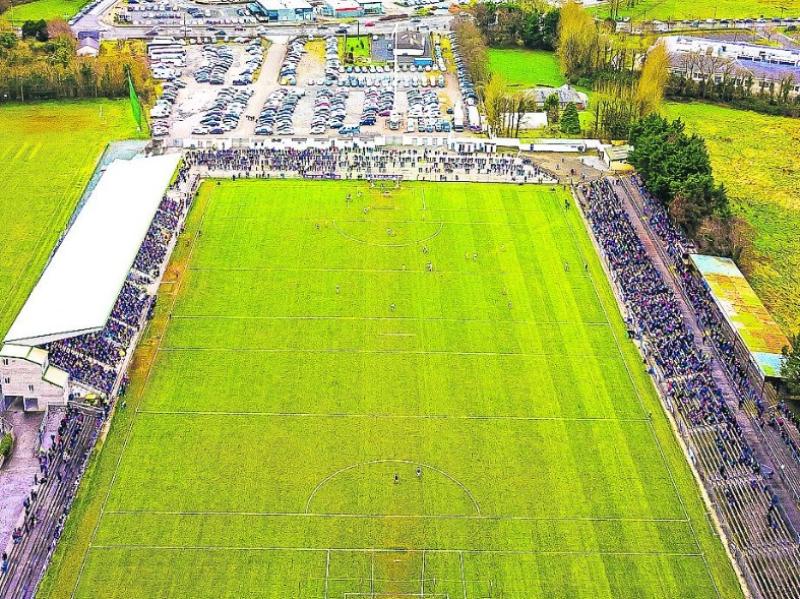 A crowd in excess of 5,000 descended upon the Carrick venue and were treated to a memorable encounter between the Connacht and Ulster champions.

Ultimately it was the Galway champions who got the better of their Donegal counterparts as Corofin emerged victorious on a 2-13 to 1-12 scoreline.

Reflecting on the occasion Leitrim county board chairman Terence Boyle noted the success of the event was the result of a lot of hard work from a committed team.

“It was great to be able to host an All-Ireland semi-final, it was fantastic that we were in a position to host it and it showed off our great facilities here in Avantcard Pairc Sean MacDiarmada,” he said proudly.

“Thankfully we had a great crowd and everything went off perfectly for on day. It is a credit to all our stewards and our groundsmen for the last week to have everything in order.”

After Leitrim’s victory over Antrim a week earlier fears had been expressed about whether the playing surface would have recovered but those concerns proved premature and Corofin’s Gary Sice made a point of praising the pitch when the man of the match was interviewed on TG4.

Paying tribute to those who worked on the pitch Terence said: “We had a lot of league games for the past few weeks and the pitch needed a bit of remedial work for today and a lot of work was put in for the past week. Thankfully mother nature was kind to us too in the week we had leading up to the game which left everything looking pristine for today’s game.”

Terence received plenty of positive feedback during the game saying: “A few people texted me saying the place looked fantastic on television; I didn’t see it myself but by all accounts it does look well on the television."

Thanks to all in @LeitrimGAA for looking after us so well in Carrick-on-Shannon today. Well done on excellent staging of All-Ireland semi-final. pic.twitter.com/KTmFryO0qJ

Those positive sentiments were echoed by Supt Kevin English who reported the day passed off without incident.

Praising both sets of supporters for adhering to the traffic plan co-ordinated by Sgt Brian Lee he said: “I would like to thank the people from Donegal who travelled via Manorhamilton and then travelled towards the ground via the Castlecarra road as that helped split the traffic.

“Thanks to both clubs for complying with the traffic directions and thanks to the volunteers, the local GAA and Connacht Council.”