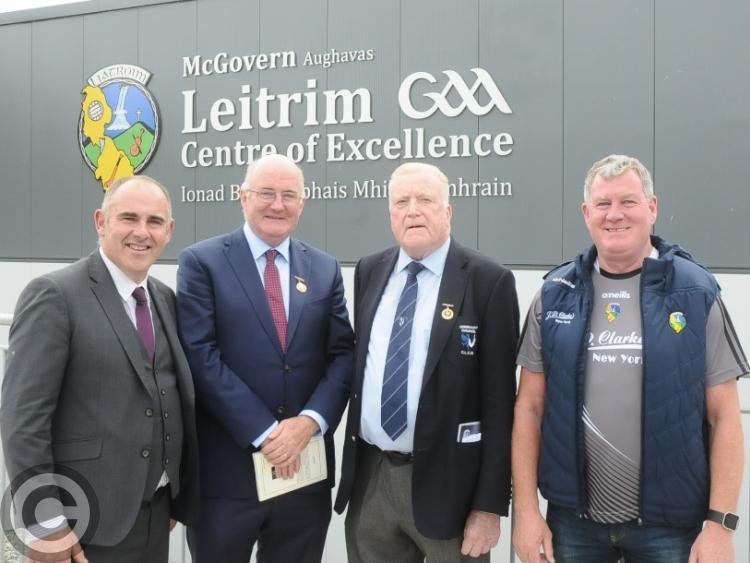 A properly marketed and promoted Tier 2 Championship in the All-Ireland Senior Football Championship would do wonders for counties like Leitrim believes GAA President John Horan.

Speaking with the Observer on his visit to open the McGovern Aughavas Leitrim GAA Centre of Excellence in Annaduff, Mr Horan touched on the subject of reforms of the Senior inter-county championship and the GAA President is confident that the proposals will pass.

“There is support there and we will be bringing it to Special Congress,” Mr Horan told the Observer, “I think you have to be reasonable about it - you can still get the odd exceptional result with the smaller counties. But at the end of the day, the statistics are there to show that they really don’t get the opportunity on the big day.

“I feel that if we could get this Tier 2 through, I think it would be great for those counties. We are conscious that we have to give a certain amount of profile and that profile would be that the semi-finals are televised live and the finals will be played in Croke Park.”

Mr Horan cited Leitrim’s appearance in the Allianz League Division 4 as lending support to the proposals: “I’m quite sure after having the experience of playing in Croke Park already this year in the League Final, that Leitrim would only be delighted to come up to Croke Park to play in the semi-final or final of a Tier 2 competition.”

The way the big counties are dominating is something that has to be tackled: “That seems to be the way in all sports, you have that dominant five or six teams be it hurling, be it gaelic football, rugby or other sports, that you have these core teams that are always near the top.

“I think you have to give some opportunity to others to have some profile because they are equally committed and putting in equally as many hours but probably due to size or whatever, they just can’t make it to the top end. I just hope it comes through and it is being done for the best reasons.”

Mr Horan also revealed that the bigger counties would benefit as well from fewer games in the All-Ireland Qualifier series: “There is another part to this as well. It is not just the Tier 2 that will benefit, the Tier 1 will benefit too.

“If you look at it this year, we had issues with the likes of Mayo and Tyrone playing so many games in the Qualifiers but there would actually be two less games to be played in the qualifiers so they would actually benefit from it as well.”

The issue of Dublin’s dominance of the All-Ireland series also came up and while the Dublin native didn’t wave the white towel with regard to this week’s All-Ireland Final replay, he does feel that the time of Jim Gavin’s team may be coming to an end.

“I think in two or three years time, it is going to Kerry and not Dublin who are dominating football, the cycle is going to turn as it always does. Dublin have had a fantastic run with a great manager and a great bunch of players but I’m beginning to wonder how much longer it will last.”