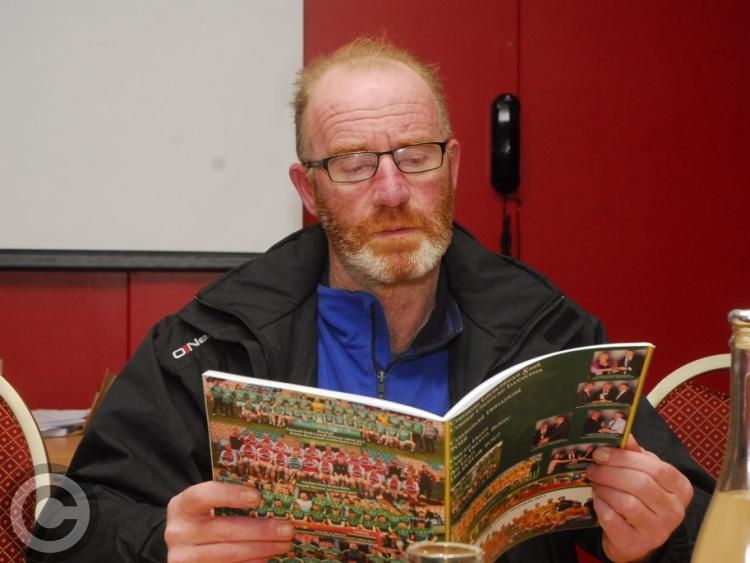 Leitrim’s Declan Bohan has been named the Gaelic Writers’ Association PRO of the Year, sponsored by Sky Sports.

The Bornacoola man will be presented with the award at the annual GWA dinner at the Iveagh Garden Hotel in Dublin on Friday night. It means a busy weekend for Declan who is also taking part in the Leitrim LGFA fundraiser "The Kube" on Saturday night in The Landmark Hotel in Carrick-on-Shannon.

Leitrim’s achievement in winning promotion in the Allianz Football League this year before going on to contest the Division Four final at Croke Park thrust them back into the national spotlight and Declan’s efficiency and professionalism was noted by the various journalists who dealt with him during that period, and again when the Leitrim hurlers won the Lory Meagher Cup in June.

Declan, who is principal at Bornacoola National School, is currently seeing out the last of his permitted five years as Leitrim PRO and has previously had stints as secretary and assistant secretary over the course of almost 30 years of involvement at county board level.

He has also held positions with the Connacht Council and is currently on the Central Hearings Committee.

Declan has been involved in coaching for some years and has managed Bornacoola/St Mary’s ladies footballers for the last two seasons and has also participated in Scór.

In 1992, he was selected as the Leitrim Guardian Personality of the Year for his services to the local community.

Declan will be presented with his award alongside the GWA’s football and hurling personalities of the year, hall of fame inductees and lifetime achievement award winners on Friday night.