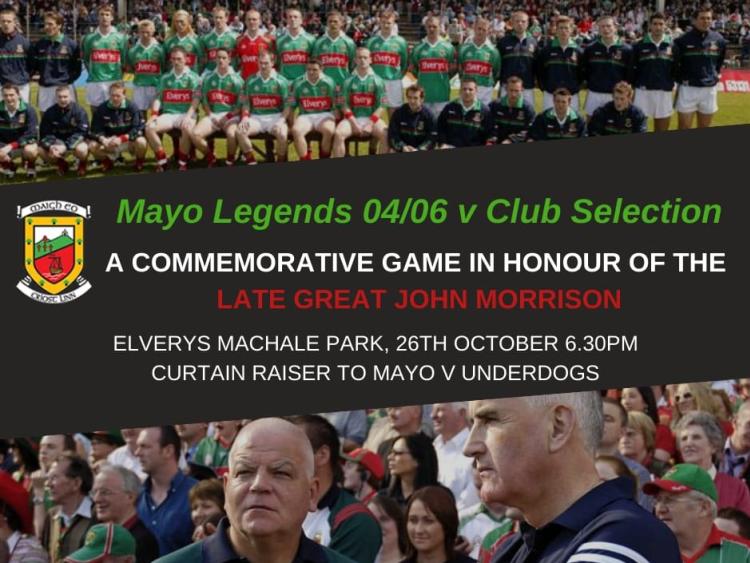 Dromahair's Jamie Conlan may be the centre of attention from a Leitrim point of view next Saturday when TG4's Underdogs take on Mayo in a specially televised game but for a certain generation of Leitrim and Mayo footballers, the event will an opportunity to remember the late John Morrison.

Morrison, who was joint manager of the Leitrim Senior team with Mickey Moran from 2008 to 2010 and also coached in Mayo, Derry, Donegal, will be remembered at a special game on Saturday in Elvery's Mac Hale Park when a team of Mayo legends of Morrison's time with Mayo take on a club side.

The Mayo team, drawn from players from the 2004 to 2006 era, will take on the club selection to honour John's memory and will include the likes of Ciaran MacDonald, Conor Mortimer, David Brady and Austin O’Malley who are all confirmed for the game.

The game will take place at 6.30 pm on Saturday and following that the Underdogs will clash with Allianz League Champions Mayo at 8pm.