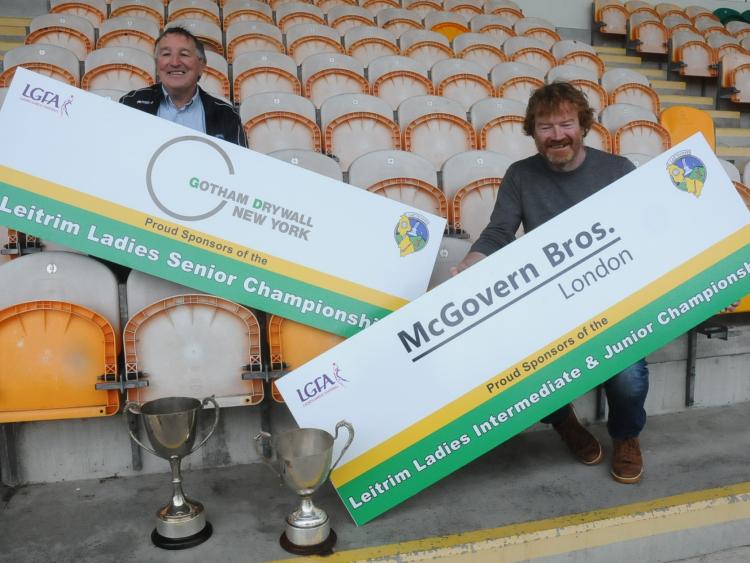 A new round robin structure where every team has something to play for until the very last game should ensure a dramatic Leitrim Ladies club championship proclaimed Aidan Heron at the launch of the competition last Saturday.

Speaking in Avantcard Pairc Sean Mac Diarmada, Aidan stressed that this year’s championship, redrawn and restructured due to Covid-19, will deliver more games for all teams involved in the competitions: “It is great to be getting back, particularly with the championship we have.

“Everybody has four or five games instead of two so players at all levels of the championship, senior, intermediate or junior, are getting four or five games which is good for them and only fair after being off for such a long time and they will have a good lot of football before the season ends.

“I’m delighted that the fixtures have been done that way so every team gets a good craic at competing in the championship.”

Looking ahead to the games themselves, Aidan is intrigued by the Senior grade: “The Senior Championship is going to be very tight, it is very competitive and the good thing is that they have five games. They might have a one-off bad game but even going into your third game, you still have a chance of winning a championship.

“It is very open and I think it is going to be great for all the grades.”

Along with a new format, the Ladies Board have followed the lead of the men in allowing the host clubs take in the gate: “Clubs are looking after their own gates and we are giving them two homes games so that they might get some fundraising. An opportunity for them to hopefully get enough money in to help them.

“They have a responsibility as well that any spectators that come in are in a safe environment and at a safe distance as required by the national bodies.

“We are hoping that will all work well for them but they will have to have extra bodies there to do this and I hope people who come to support their own clubs will have patience, follow proper procedure and not put any pressure on individuals trying to carry out their responsibilities according to Government laws.

“A lot of extra pressure on clubs to have everything in place but I think they are doing very well and they are being supported by the national bodies, they are getting familiar with the procedures.”

Aidan also paid tribute to the competition sponsors and he made an appeal for fans to support local businesses: “The Senior Championship is sponsored this year by Gotham Dry Wall of New York and they’ve been the lifeline for Leitrim Ladies and I think it is only a proper acknowledgement for what they’ve done for us that we give them the honour of sponsoring the Senior Championship.

“The Intermediate and Junior Ladies are sponsored by McGovern Brothers London, they’ve been very good to us in the past and we have given the same courtesy as well.

But mainly Aidan is delighted that football is finally back and that people all over the county have a vital social outlet restored to them: “The best benefit is that pitches are open and players are back, having a kick around and getting away from all the stress and the worry, they are out meeting their friends again who they haven’t seen in a while.

“It is good to see the mental side is being looked after, that there is more freedom for themselves and getting away from it. Obviously the pubs and clubs are closed so the only social outlet is out on the field, which is nice to have.”