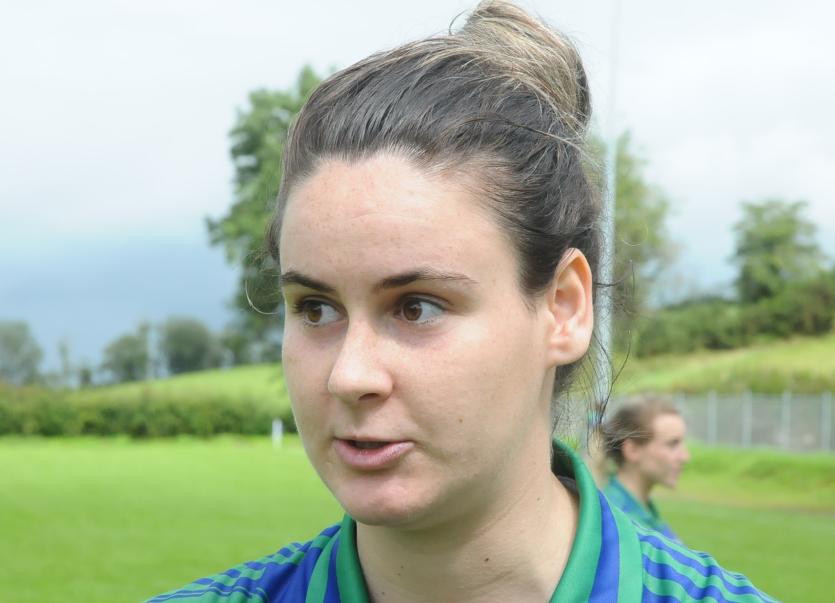 No mistaking the relief from St Joseph’s joint captain Michelle Heslin last Sunday in Carrigallen after the defending champions forced a draw with Ballinamore in the Gotham Dry Cleaning New York Ladies SFC.

Asked if she had mixed feelings after the game ended in a 1-10 to 3-4 draw, Michelle simply said “Mixed feelings? No, I’m very happy to come out with a draw to be honest with you. To be so far down and come back to get a draw is no mean feat.

“In the first half, Ballinamore really put it up to us, I think at one stage, they went nine, ten points up on us so we really had to claw it back there. Thank God we actually did, we tightened up in our back line, popped over a few frees so I think we’re very lucky to come out of here today with that draw.”

“Fair play to our girls, it was a real team effort there to battle back for a draw. They probably caught us on the hop. We were probably still in the dressing room for the first 10, 15 minutes but once we tightened up our backline, they didn’t really get through as much I think in the second half, they only scored two points.

“We got a few scores, the majority of their scores were from our own errors so we know right well when we got back to training that we have to fix those errors if we want to reach the semi-finals.”

Yet despite feeling that St Joseph’s didn’t produce their best, Michelle was full of praise for Ballinamore: “Fair play to Ballinamore, they are definitely a team to be recognised going forward, they had a great win last week and they have some great girls coming through.

“I know a good few girls from the County team, they are unbelievable standard and they will definitely be pushing on for the championship.”