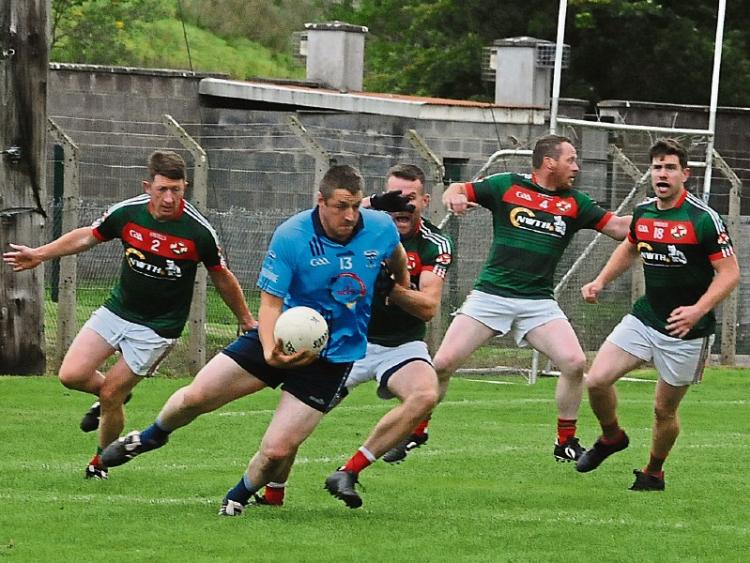 An injury time goal from James Tighe ensured that Kiltubrid will play their championship football in the Smith Monumentals Intermediate Championship last year after they saw off a stiff challenge from Eslin in Cloone on Sunday.

In one of the strange ironies of the championship, Kiltubrid's first win of the year was enough to secure them their intermediate championship status for 2020 while Eslin now head for the Junior grade next year.

Kiltubrid and Eslin both had a couple of near misses in the group stages to qualify for the quarter-finals but when it came to Sunday's playoff, Group 2 kept their dominance of their group 1 opponents going with Kiltubrid's victory.

It was hard luck on Eslin who must have felt they were on the road to the quarter-finals when they beat Ballinaglera in the third round but their stay in the grade, that included a final appearance in 2013 and a semi-final two years, has come to an end.

The first half was, as expected, a real arm-wrestle of a game as the teams traded point for point. The teams were level at five points apiece after 15 minutes with Emmet Mahon twice on target for Kiltubrid, one from a free, while Mickey Earley, Barry McWeeney (free) and Mick McCormack also registered scores.

Eslin, who led after seven minutes thanks to a Conor Beirne score, kept pace with Kiltubrid with only one of their points coming from placed balls. Mahon edged Kiltubrid back in front but a successful Eslin fifty tied the scores on 23 minutes.

Kiltubrid looked as if they would open a significant lead with points from a James Gill free and McWeeney but Eslin dramatically took control of the game once more by striking for 1-1 in the space of a minute.

A shock Kiltubrid still managed a response from Dermot McKeon but Eslin hit back with another free to leave the halftime scores at 1-8 to 0-9 in favour of Eslin.

The scoring rate in the second half slowed dramatically with just two scores in the opening quarter compared to ten in the first, both side swapping scores, Emmet Mahon getting the score from a free.

Barry McWeeney left a point between the teams before the water break but it wasn’t until the final ten minutes that Kiltubrid really hit their stride. Mick McCormack tied the scores on 52 minutes and James Gill edged them one in front from a free four minutes later.

But it wasn’t until the second minute of injury time that Kiltubrid made sure of the victory, James Tighe finding the Eslin net to put his side four clear. Eslin hit back with a point to keep the game alive but despite their best efforts, Eslin never got a sniff of the goal they needed with Barry McWeeney completing the score.

l Our apologies for not having a more comprehensive report but our report is drawn from the Kiltubrid GAA Twitter feed as we were unable to have a representative at the game.