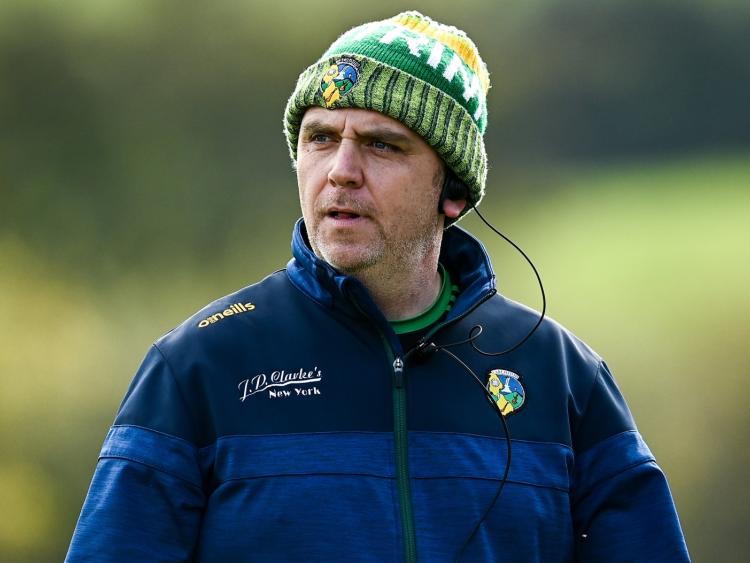 Leitrim hurlers fully intend on travelling to the Athletic Grounds in Armagh for next Saturday's Nicky Rackard Cup clash according to their manager Olcan Conway if inter-county gaelic games get the go-ahead from the Government under their Living with Covid-19 plans.

Speaking after Sunday's Allianz League Division 3B Final loss to Sligo, Olcan Conway revealed that the County hurlers were missing a number of players for the League Final as they were self-isolating after having come in close contact with a confirmed Covid-19 case.

Asked if he had any concerns about crossing the border, a factor cited in Leitrim footballer's decision not to travel to Newry, Olcan said "Not really, we’re very aware of our own situation. We try and do everything as correctly as we can. If anybody has a sniffle or a cough or anything, they have to notify me or our Covid officer and they have to stay away from training.

"We were missing a couple of players today because they are doing the 14 day protocol, they’ve been in close contact. They’ve been tested, they are negative and in fact one of them only missed out by a few hours, it would have been great to have him here today. But he should be ok for next week for the Armagh game."

Olcan highlighted the strict measures in place at the Connacht GAA Centre of Excellence for last Sunday's Final and trusted that Armagh GAA would follow the same guidelines: "We had three dressing rooms today, everything was spaced out. You won’t get in through the gate if you are not certified by the Covid officer. You go through a lot of strict things just to get on the field and that is grand.

"I have to put my faith in the Armagh management and Armagh GAA as well, that they are doing all the right things as well. That is the way it is. You’ve just got to hope then during the week that the other managers and the other county boards are doing the same thing and they are taking it as seriously as they can as well."

However, Olcan also agreed that everyone had to be cautious and play their part in fighting off Covid-19: "We do like being out training, we do like playing the matches but you have to be very aware that there is a very dangerous virus out there as well, that has to be respected and if we don’t respect it, we could end up in trouble."