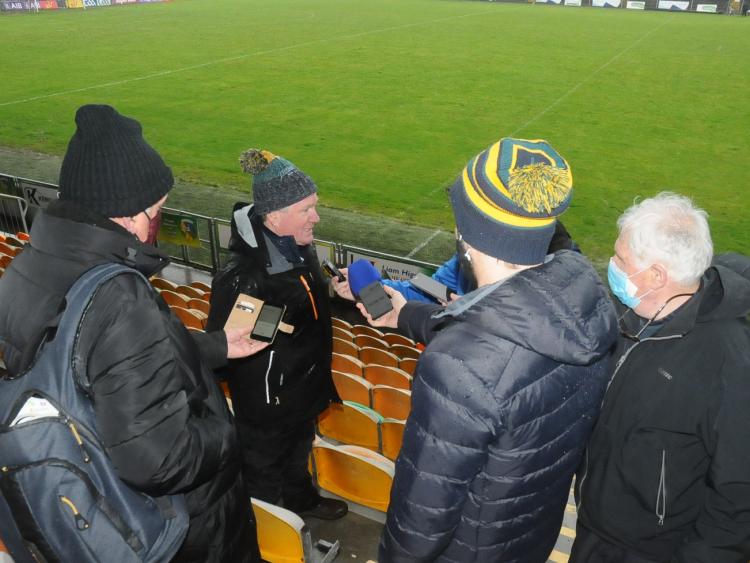 Terry Hyland will not make any hasty decisions and will take time to consider his future as manager of the Leitrim Senior football team and plans to have talks with the County Board before making any decision on his future.

Hyland, who guided Leitrim to promotion from Division 4 of the Allianz League in his first year in charge, came to the end of his two year term on Sunday after the 2-15 to 0-10 defeat to Mayo in the Connacht Senior Football Championship First Round in Avantcard Pairc Sean Mac Diarmada.

When asked by the Leitrim Observer about his future plans, Terry laughed "I was asked this question one time in Cavan and I said a remark that didn’t go down very well. To be honest with you, we will speak with the County Board, I suppose we have to sort out a lot of things."

However, the Leitrim manager did say that he would not rush any decision and that he would talk with his family: "I would say there are people at home who will say ‘Terry please announce you are not going back to do the football’ because I am at it so long. We will sit down, today is not a day for rash decisions with anybody.

The Leitrim manager agreed that his players had put in a battling performance but pointed out that a county like Leitrim was always fighting against the odds: "That’s it but no matter what anybody says, it is a population based game and Leitrim is working over 32,000 of a population and Mayo is four times that, I don’t know where it is. But small can get better if you put in the time and the work with them and that is where we need the time."

Asked what needs to be done, Terry feels that work needs to be done on club structures in the county and that players also have to look at what they need to do themselves: "The coaching structures in Leitrim are producing these players and again, maybe they need to look at their underage and what they can get out of that and how much work they can put in on the skills set.

"Because I would feel sometimes, maybe with the Leitrim lads, the club football is a wee bit loose in itself and they get away with making mistakes in club football but you don’t get away with it at this level, it is just an intensity thing. To be fair to the Leitrim players, they have to understand too, yes, they too can get better and maybe they have to allocate a little bit more of their time to it as well."

When he first took on the job, Terry stated that he was driven by a desire to prove that smaller counties could compete with the bigger counties before anyone talked about second tier competitions. Does he still believe that after two years with the Green & Gold? "I do, but as I said, it is a conscious decision that players have to make, what they are doing with their down times.

"We look at the Division 1 teams and most of them teams and unfortunately for players, it becomes a little bit like a religion and it is all they do for the 12 months and I feel that it is over the top as well. It is how you can strike the balance in it. Leitrim just need to win something and yes, now we have something to play. I think that is just the big criteria, they need something to believe in themselves, to get across that hump."