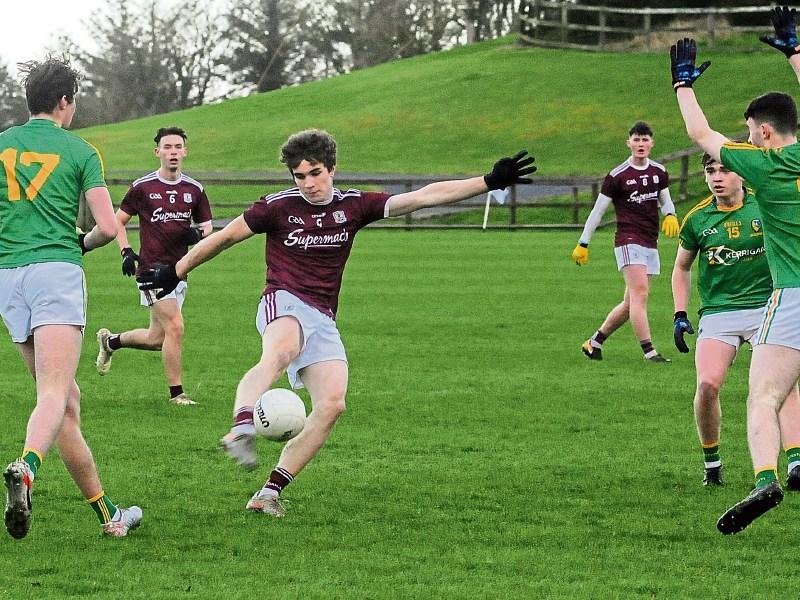 When Brendan Guckian spoke of his worry that Leitrim's dramatic fadeout against Galway last Saturday in the Electric Ireland Connacht Minor Championship might not be physical, it wasn't a man seeking to shift responsibility elsewhere for his team's loss but rather a proud Leitrim man worried about a genuinely troubling thought!

Acknowledging a lack of fitness would normally lead to a torrent of abuse on social media from fans but in this Covid-ravaged year of 2020, a lack of games, a lack of preparation time and just a lack of interaction with his players make it quite normal to wonder if fitness was the cause of Leitrim's drastic collapse in the final quarter?

Because, if it wasn't fitness, it is something more troubling. And that is that the collapse was mental and that is truly worrying!

The Green & Gold were in a better position to pull off a major shock than any Leitrim underage team I've seen since the U21s dumped a hotly fancied Galway out of the championship back in 2014. With the benefit of an extra man, Leitrim should have been on the front foot and driving home but instead, it was Galway who displayed all the class of their 2019 All-Ireland final pedigree!

To be clear, this is not kicking a group of young lads when they're down; I've got to say I was impressed with their grit and their standard of football against a Galway team that probably had the edge but were made work and work and work for their victory, their 11 point winning margin incredibly flattering for the Tribesmen.

But i If anyone has earned the right to ask the question, Guckian certainly has and it is a question that comes from his own experience as both player and manager in the Green & Gold. As a player, Guckian was a member of Leitrim teams who won Connacht Senior & U21 medals and an All-Ireland B Championship and also led St Mary's to a Connacht Club Final back in 1995.

As a manager, Guckian came back to take charge of this group of young players just over a year after his controversial departure from the Senior gig, absolutely showing his loyalty to Leitrim football when many would have walked, while he also had a spell in charge of the County U21s! So it is safe to say that Brendan has a fair grasp of where the problems might lie for Leitrim!

The question was posed to his players in the huddle after the game but, honestly, this is not a question exclusively for this group of players. Didn't Terry Hyland wonder a few times about the Senior team's mentality and belief systems. And God knows how many managers before that?

You wonder sometimes is it a Leitrim thing? For all the huff and puff against Tipperary in the crucial Division 3 relegation tie, and I've heard lots of supporters talk about that game as one that got away, Tipperary delivered the killer instinct we just have not been able to show.

So which comes first - belief or performance? For without belief, you won't get a performance. Trouble is most people believe because the performance comes first!

What Leitrim football really needs now is a transformative victory, one that not only wins something but transforms the thinking of an entire county! Think it can't be done? Of course it can, just look at the Dubs pre-2011 and post 2011? Not convinced that the Dubs' transformation is relatable to the Green & Gold, well then look no further than our good neighbours Roscommon!

Has a victory transformed a county as much in terms of their own self-image, their own belief systems and their ambition as much as Roscommon's All-Ireland Minor Championship victory over Kerry back in 2006? I struggle to think of a victory that has had such a profound impact.

Back in those days, Leitrim went toe to toe with the Rossies at Senior level and their underage teams held no fear for the Green & Gold. It wasn't all plain sailing for Roscommon, after all they were down in Division 4 in 2011 and it took a fortunate goal to give the home side a 1-14 to 0-15 victory in Hyde Park in the League.

Nine years later, we only dream of running the Rossies to four points in an important game but that victory in 2006, the players it produced and the ambition it spawned transformed Roscommon from occasional irritants to Galway and Mayo to genuine threats for Provincial supremacy.

So when Brendan Guckian talks of hoping it was fitness that let his team down rather than mentality, I would listen. Guckian and his management truly believed they could shock Galway but the trick is to get the rest of us, players and supporters, believing it too!

Congratulations to Mohill's Dearbhaile Beirne who was part of the Peamount United team who won the FAI Women's Senior Cup Final against Cork City in Tallaght on Saturday, completing a League and Cup double for the Dublin team. With the exploits of Dearbhaile and Niall Morahan for Sligo Rovers and the achievements of Manor Rangers, Leitrim soccer is very much on the up.

It might be regarded as heresy but after watching Limerick's dismantling of Waterford last Sunday, hurling could soon have problems if each and every game is going to be decided by a long distance shoot-out.

Hurling's attraction comes from its skills but also from the man to man battles, the intensity it brings. But there is something cold and clinical about the recent trend of long range shooting delivering upwards of 25 points a game. I marvelled at Limerick's power and physicality but if hurling is going to develop into a series of long distance shoot-outs, maybe we should be wondering if this is the way we want the game to go?