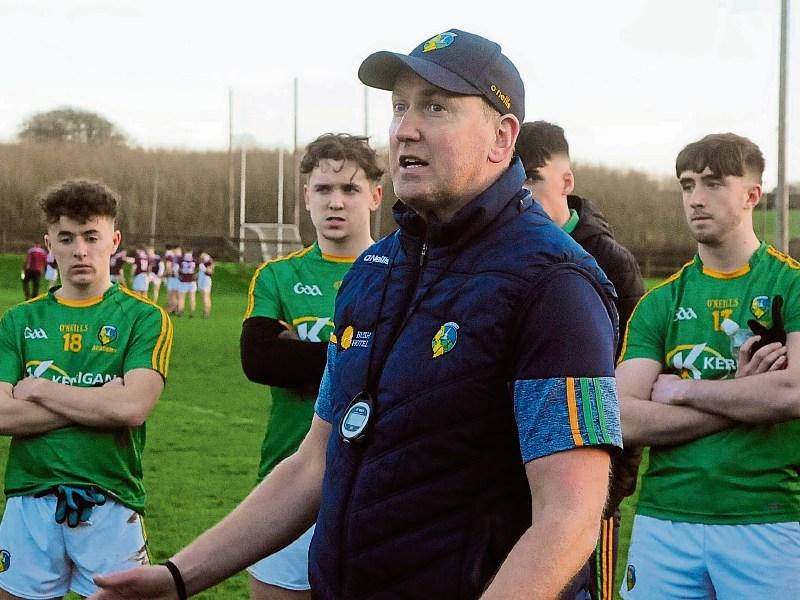 It makes you stop when you first hear it but when Brendan Guckian says he hopes it was fitness that caught out his battling Leitrim Minor side last Saturday against Galway, there is a very important point being made for the future of these young footballers.

Leitrim went toe to toe with last year’s All-Ireland finalists in the opening round of the Electric Ireland Connacht Minor Championship in the Connacht GAA Centre of Excellence in Bekan, trailing by just a goal when the second half water break arrived.

Unfortunately, the impressive Tribesmen turned on the afterburners from there to the final whistle, outscoring the Green & Gold 1-6 to 0-1 and leaving their manager praying that it was just a lack of fitness rather than desire or mental powers that caused Leitrim to collapse so drastically!

“I suppose the first thing is you have to look at the scoreline and I know people are going to say it is the same old story, Galway versus Leitrim and the scoreline reflects it - it doesn’t really,” was Brendan’s first response to the Observer’s questions and he was right.

“For 47, 48 minutes, we went toe to toe with Galway. I don’t like using the excuse of fitness but it definitely seemed to play a part, we didn’t have it in the legs the last 12 minutes, we got disjointed when Daniel O’Sullivan went off, he was a massive loss.

It is a pretty accurate summation but one that left the former Leitrim Senior team manager with a nagging thought at the back of his mind - the lack of a build up would suggest fitness was the issue but Brendan is hoping that it was not a lack of belief that saw Leitrim fall off the pace.

“When they got the man sent off, things that should have been in our favour went against us, our ball handling was poor. Galway upped the tempo, they brought in a couple of fresh legs and they made a difference.

“So I suppose for me, I would hope that it was fitness that got them in the end, that it wasn’t a case that they dropped their heads because we want to change that mentality. For 48 minutes, they showed that they could compete with Galway and overturn Galway.

“That’s why I’m hoping that it is football that caught us out, that is not a case that we dropped the heads because these lads should not be dropping the heads or bowing down to any other team because they are good enough to compete with any other team.”

Despite the defeat and the somewhat flattering margin of victory for Galway, Brendan sees lots of potential in this Leitrim team: “That is the biggest disappointment, the scoreline. But look we have to try and look at the positives of it, there are five, possibly six of that team that lined out today will be pushing onto a Senior panel in two years time, that has to be a positive. There are seven of them eligible for U17 next year, that has to be a positive.

“We had three training sessions since we got notice that the game was going ahead and obviously that’s not enough or good enough to prepare a team. There was no work done on the fitness side of things because you are trying to manage them - if you do too much, chances are you’ll pick up injuries so we literally concentrated on ball skills and a little bit of a game plan.

“In fairness to the lads, they had a great appetite to come back, they were delighted the game was fixed, they are proud Leitrim men and they wanted to wear their county jersey.

“It was a very difficult year, they are at a vulnerable age, they are trying to study for their Leaving Cert, they have me annoying them about training but as a group, they are a positive group.

“Leitrim should be proud of them, they did a great fundraiser back in the initial lockdown and I hope that they keep pushing on and believe in themselves and make that break into a senior team in two years time.”