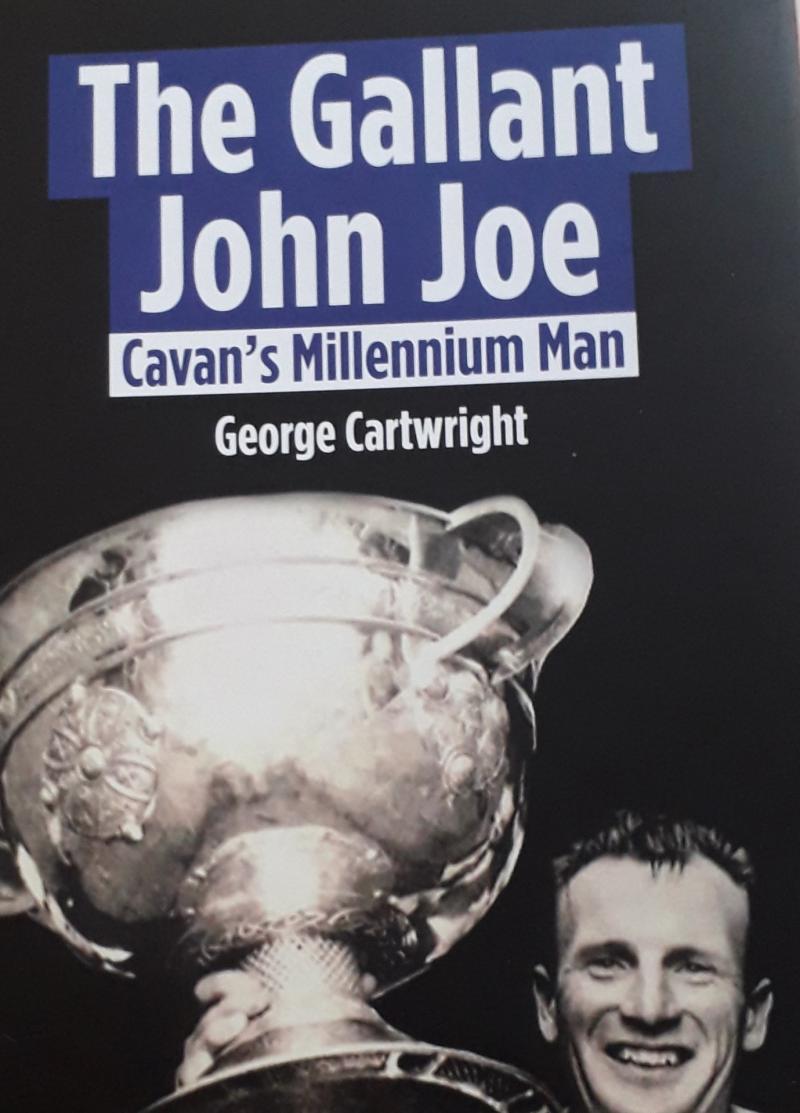 Many sporting books on the shelves this Christmas and New Year but for GAA fans, two books charting the careers of former greats of two very different eras really stand out.

"The Gallant John Joe - Cavan's Millennium Man" by George Cartwright and "Believe" by Cork's two time All-Ireland winner Larry Tompkins are sure to grab the attention of any GAA fans who love an engrossing read.

The Gallant John Joe tells the life and times of one of the greatest footballers of all time; a Cavan legend who played in the most famous All-Ireland final of all time in New York's Polo Grounds in 1947, John Joe played a lot of his football in Kildare during his short life, a life that ended at the age of just 34.

John Joe was an army man stationed on the Curragh, played with the army and indeed won a Kildare SFC when captaining the army to victory in 1947; played hurling; was a referee of note and all round incredible GAA person. He won two All-Ireland titles with Cavan '47 and '48; no less than 11 Ulster titles; Railway Cups, National Leagues (2) and a a host of other titles; was on the team of the century and the team of the Millennium.

The book, written by George Cartright, is a fascinating account of the man, his footballing career and his short army career. A great read for any GAA fan.

Another excellent read is a book that comes closer to modern day football - Believe, the life and times of Cork legend Larry Tompkins.

Another fascinating career, from the time he played with his club and his early days with Kildare; his decision to walk away after a bust up with Kildare; before joining Castlehaven in Cork and throwing in his lot with The Rebels where he won two All-Ireland's, All-Star Awards, Player of the Year and much more.

Both books are available in most bookshops.