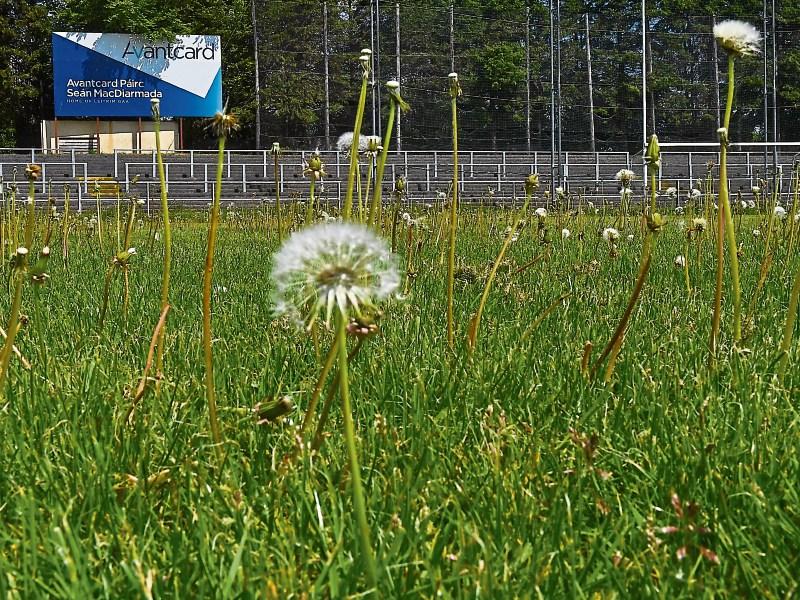 We had last week's “The Last Point” column completed by the time last Monday's online Leitrim GAA County Board Convention took place but the alarming views expressed by club delegates and County Board officials about the financial situation they face in the coming months suggest the impact of Covid-19 is only about to be felt by the sporting organisations of the country.

When you consider that the GAA have the greatest ability and best network for fundraising in the entire country out of all the sporting organisations who provide our sporting distractions, it makes you sit up and take notice when the when the GAA states they are facing a major crisis.

With no pubs open and the businesses, that so many GAA clubs rely on to fund their jerseys, developments and day to day expenses, struggling to even open their doors, the normal revenue streams that keep clubs going like Lottos, weekly draws, 50/50 draws, etc, etc, etc, are simply not there.

This time of year normally sees clubs hold annual fundraisers such as the Oskars, Strictly, Dinner Dances and so many other imaginative events clubs come up with to raise a few bob, also doubling up as social events. Yet again, restrictions simply mean these cannot happen and it is hard to see them happening soon - especially when you see Health officials calling for a Lockdown to be imposed until St Patrick's Day!

Clubs have made valiant efforts to keep their funds flowing with online lottos and virtual fundraisers but, bottom line, those sort of events simply don't bring in the same funds leaving clubs with an awful quandry.

It is a point reinforced by Connacht GAA President Gerry McGovern in the wake of the Convention as the Cloone man, not given to hyperbole, claims that the GAA face major consequences down the road if the GAA at national, county and club level, don't take the steps right now to ensure that clubs and counties are not left with enormous debt for years to come!

“Like never before, all aspects of expenditure on GAA activities need to carefully scrutinised and vigilantly applied only to what is vitally necessary,” warns Gerry, “because if you spend what you haven’t got or likely to get, you will accumulate a financial crisis further down the road that nobody will want to be associated with, and this will have major consequence for our great organisation.”

Strangely what struck me most from Convention was the absence of the usual “us against them” attitude that can pervade these debates, clubs against the County Board, but coming across the Zoom call was the understanding that the County Board are in the exact same position as the clubs!

Martin McCartin remarked that unless the Board raise funds, through whatever means, they'd have to consider not fielding teams at inter-county level. As drastic as that sounds, it seems that even with the newly announced condensed inter-county season, a tight rein is going to be kept on costs for all teams wearing the Leitrim jersey.

It is an approach that clubs may be forced to adopt - the days of bringing in a big name manager to guide a team to glory could soon be over as clubs struggle to raise finance to keep the show on the road. Indeed, it may force a rethink about the logic of what goes on in the murky world of the club managerial circuit!

You'd wouldn't have to travel too far in this county to hear of frankly astonishing sums being claimed by some of those in charge of teams. True, clubs are more than entitled to use their funds as they wish but in a supposedly amateur organisation, I wonder about the logic of lavishing hard earned funds on outside managers that leaves no long term impact on the club once the manager is gone!

Of course, investing in a manager signals ambition to players and supporters and some clubs need the expertise, inspiration and drive of an outside voice to get them across the line but would most clubs in Leitrim be better off if they used the money raised by the lottos, by the draws, by the Strictlys and Oskars, to fund a full-time or even part-time coach for their underage ranks?

That sort of investment isn't sexy, it doesn't deliver the prospect of championship success in the near future but it probably does ensure the survival and long term health of a club long into the future - again, it is a hard decision, not one I'd like to make but the GAA have always prides themselves on their self-sufficiency and ethos of putting the common good of the community above all else.

It leaves Clubs and County Boards between the proverbial rock and a hard place but they are the sort of decisions clubs and County Boards are going to have to make in the coming weeks and months. It won't be pretty and it won't be easy but if clubs can harness the spirit of togetherness they showed throughout the past year, they will come through it.

Leitrim's soccer scene got another boost this week after the exploits of Sligo Rovers Niall Morahan and Peamount United's Dearbhaile Beirne with the news that Manorhamilton's Muireann Devaney was named as Sligo Rovers U17s Player of the Year and also put pen to paper as she signed for Athlone Town's women's team, completing a very busy weekend for a young footballer who has also starred with Leitrim and Glencar/ Manorhamilton's Ladies gaelic football teams - congratulations Muireann on another step on an already remarkable sporting career!

Social media not so social!

Spent a while purusing social media after Saturday's All-Ireland Final and it only reinforced my belief that social media isn't so social! Some of the comments spewed, and spewed is the only word, towards both teams following the Dubs win was truly shocking. I'm all for banter and enjoy a bit of slagging but no matter your allegience, neither set of players deserve the sort of comments directed at them since Saturday's Final.