The late great Galway defender Jack Mahon penned this tribute to his former opponent Packie McGarty in 1993, describing him as “irrepressible, a born footballer” 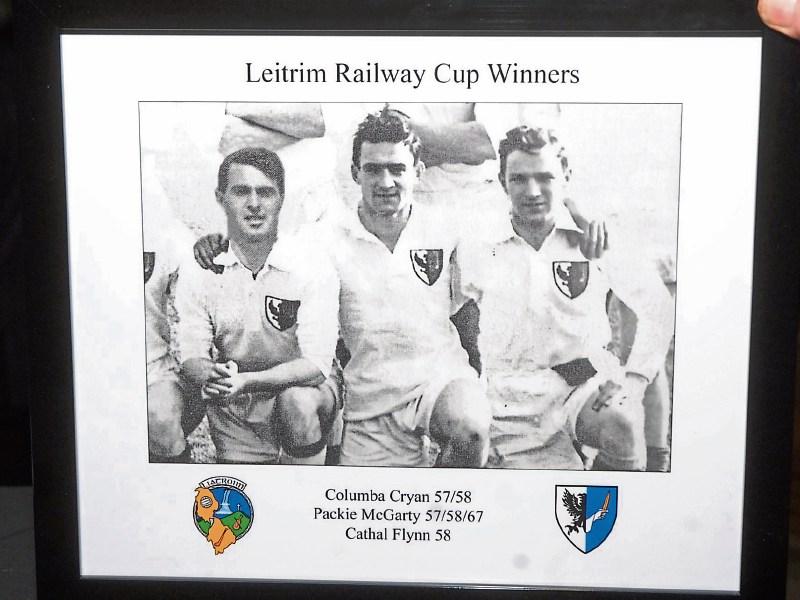 It's a dangerous game naming anyone as the greatest ever. A writer can only cover what he saw himself, his own lifetime.

Leitrim won the county's only Connacht Senior Football Championship title in 1927 and that was five years before I was born.

That team is special in Leitrim and men like Tom Gannon the captain, Ned Dolan, Willie Martin, “Nipper” Shanley, a much revered player to this day, Peter Blessing, Paddy Carey and Jack Bohan are still talked about.

Subsequently, Leitrim sometimes fielded a Junior team only, winning the 1938 All-Ireland (Home) title before losing to London in the final proper - a team captained by Mick Kilkenny and including veteran, “Nipper” Shanley, an outstanding place-kicker.

I saw Leitrim destroyed by Mayo in the Connacht Final of 1949 in Roscommon. They were over-awed and yet I admired the determined play of John Heslin particularly with memories too of Ray Beirne, Hubie Reynolds, Petie Dolan, Frankie Mitchell, a great friend of my late brother Fr. Paddy, and Sean Mulvey.

At left corner forward on this team was a youngster named Packie McGarty, still a Minor, about to become a national figure and already establishing himself as a footballer fit to rub shoulders with elders.

Born in Garvagh, just outside Mohill, Packie was a schoolboy hero in 1943 helping Mohill to win a Leitrim Under 14 title, attributing much to the tutelage of Mark Keegan N.T. and winning two Leitrim Minor Football titles in the company of such as Cathal Flynn, Eddie Rowley and Jim McKeon in 1951 and '52.

But believe it or not, the bould Packie played Senior football for his native county before ever playing county Minor. The occasion was a National Football League game versus Offaly in Mohill late 1950.

Leitrim football was in dire straits then and they could only muster fourteen players. Finally, they called on a sprightly youth who was distinguishing himself in a pre-match kick-around goal, very much a feature of the scene then, handed him a jersey which he pulled on over his clothes and in the course of that unusual debut, the great Packie scored one goal and a point.

This was Packie's first appearance in a Leitrim jersey and he never looked back after that, giving absolutely brilliant and loyal service to his county in a football life span of 23 years.

No man could do more for his county. In fact, for me, Packie has always epitomised county loyalty to the fullest degree.

In an interview with the legendary John D Hickey in 1958, Packie said “no matter where I am, I will never play for any county only Leitrim as long as they will have me. Winning is not everything - not for anything would I part from my Leitrim team mates.” Greater loyalty and love of county no footballer ever had.

The Leitrim men, I remember from that game, were Brian Sweeney, Tony Hayden and Leo McAlinden.

But in 1954, when Packie was selected for Connacht at the age of twenty and travelled from Donegal where he worked to Tralee to face Munster, and his immediate opponent, Kerry's 1953 All-Ireland winning captain, James Murphy - a towering figure - little was expected of the diminutive Mohill man.

Let Packie take up the story - “My most enjoyable game was the 1954 Railway Cup semi-final against Munster in Tralee - my first match for Connacht. I was working in Letterkenny at the time and on the journey to Tralee, I was overawed with the prospect of playing with forwards like Padraic Carney, Sean Purcell, John Nallen, Tom Langan and Eamonn Donoghoe. I felt I would be completely out of my class.

“And to be marking a giant of a man like James Murphy really made me feel it was all up with me. I must pay tribute to the big Kerryman, although he had all the physical advantages, he played me fairly and squarely like a sportsman.

“I had worried I might let down Connacht and Leitrim, but Padraic Carney brought me into the game and I could scarcely believe afterwards that I had scored 1-4. We won and I was on my way to Croke Park for the first time.”

Packie was to go on to play for Connacht for many years, winning Railway Cup medals in 1957 and 1958 as a player and in 1967 as a substitute.

In the 1958 semi-final versus Leinster in Ballinasloe, Packie and Cathal Flynn between them shot 1-7 out of 1-11 of Connacht's total - a remarkable contribution from this footballing duet.

Packie was selected for Ireland in the Annual Representative game versus the Combined Universities for three successive years.

Years afterwards, he was honoured with Leitrim's GAA Hall of Fame Award and is often invited back to this day for some function or other. But statistics are cold.

It was my pleasure and at times discomfort to be Packie's immediate opponent in the Connacht finals of 1957 in Galway, '58 in Roscommon and '59 in Sligo. He was then in the zenith of his career.

He had the elasticity of a rubber ball, could turn on a sixpence, was an impeccable sportsman, kept coming at you toe to hand, toe to hand, was indomitable, irrepressible, a born footballer.

1958 was his greatest honour. I remember being as delighted to see the rain fall before the end feeling I'd have a fielding advantage, which I had.

One incident from that game, refereed by Johnny Mulvey, is still with me. Early in the game, Sean Purcell and myself sandwiched him between us and a knowing nod between us suggested the end of the threat of McGarty that day. He bounced up from being winded to take the free, got on with the game and played the game of his life.

There are many other memories not least his great hospitality to me in London when I travelled there in the mid sixties with Dunmore McHales. We had tea together, relived many memories and cemented a relationship which spanned more than a decade.

For most, if not all, of his footballing life, the jovial McGarty lived outside Leitrim. Mostly in Dublin with a sojourn in London in the late fifties and early sixties, before returning to Clondalkin, where he established a successful business and now lives.

In his early day, he played his club football with Sean McDermotts in Dublin then with Taras in London, where he had many Leitrim exiles including two brothers as team mates and finally with Round Towers in his Clondalkin days. So his loyalty in unquestioned and sacred.

I remember clearly the 1959 Connacht Final in Sligo. I had been injured in a clash with Pakie just before the full time whistle and for one reason or another didn't meet him after the game.

A quick shake hands, no time for chat, but I really admired this man who had to be in time for work in London the following morning.

It was around this time that Pakie was the victim of a vicious frontal charge after he had kicked the ball in a club game with Taras. A rotten facial injury required eleven stitches and the culprit, well-known in the London scene, got off scot free.

Another lesser mortal would have given it all up. Not Packie. This greatest of all Leitrim men had more to give to his native county.

Leitrim were unlucky to be at their best during Galway's golden era in Connacht in the era 1957-'60 particularly. At another time, Leitrim would have won a number of Connacht titles.

Their backline couldn't handle the football skill of Sean Purcell. Bernie Doyle did a great job of handling Sean in 1958.

Since those days when Leitrim's support never forsook the county team despite all the reverses, Leitrim's football interest has not waned. In fact, despite a dwindling population, interest was never higher.

P.J. Carroll did much to raise the spirit when he came down from Cavan to steer the Leitrim football ship. Their All-Ireland B success in 1990 was the start, then a very successful National Football League campaign saw Leitrim become a top football force.

Gone was much of the inferiority complex of the past. Players like Mickey Martin, Mickey Quinn and Declan Darcy have become folk heroes though not to the same extent as McGarty.

John O'Mahony of Mayo has now taken over from P.J. Carroll and there is great confidence in the guidance of the Mayo teacher.

A healthy Supporters Club has helped to up morale and generate finance largely controlled by the County Board as is right and helped considerably by Leitrim's many exiles.

I have watched Leitrim's great attempts to crash the Connacht barrier over the past few years. They came close last year in Roscommon, over-elaboration was their downfall.

One of the men now reaching the veteran class, Ollie Honeyman, is another who made a great contribution to Leitrim's recent upsurge.

County officials like George O'Toole, Tommy Moran and Tony McGowan have helped no end to fuel the flame. Moran is a communicator par excellence and is yet another marvellous admirer of McGarty.

Packie is still keen on the game, very loyal to Leitrim, a hard working businessman in Clondalkin and will never be disposed as “the greatest Leitrim footballer of them all.”