When Packie played with a 'Cavan' club 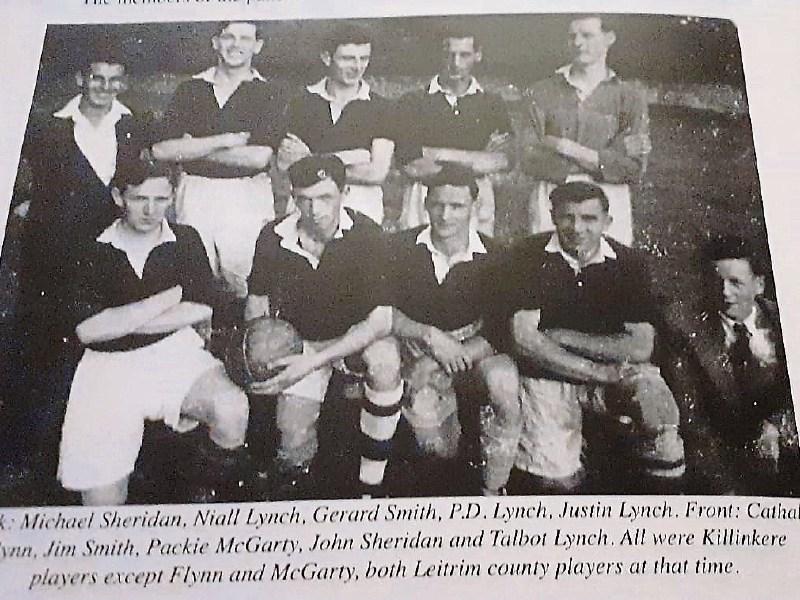 In the 50’s GAA was getting unbelievable crowds at matches and tournaments were organised where the winning team were awarded gold watches. One such tournament was organised in Maynooth in aid of a charity.

On hearing of the passing of Packie McGarty this story was forwarded to me by Aidan Rooney, a member of the 1994 Leitrim Connacht winning team and his pal Jimmy Smith whose dad Jim is part of the story.

During the summer in 1954 an immensely popular 7-a side football tournament was organised at Maynooth in aid of a local charity.

Word of the tournament reached Ferguson Limited through their mechanics, who travelled out to service the agricultural machinery of the farmers in Kildare.

Two members of the Killinkere Club worked with Ferguson, Peter Lynch and Gerard Smith (who was on the Meath Senior panel).

They were asked would either Virginia or Killinkere club enter a team in the tournament but neither club were able to do so. Peter asked the organising committee would it be possible to enter a team residing in Dublin.

The tournament organisers agreed, and steps were taken by Peter and Gerard to put together a ‘Dublin’ team from the lads who kicked football together in the Phoenix Park. There were no problems getting players to play.

There was a special area in the Phoenix Park fenced off and locked when not in use, for sports activities by members of the Garda Siochana.

Over time, a hole appeared in the fence and the grounds were used for GAA purposes by 'country men mostly'. Trespassers were ordered off by Gardai.

One evening Garda Jim Smith arrived to do some training only to find five or six country men already there. He did not know them but joined them and played away.

A young Garda recruit arrived and ordered the country men off the field, but Jim intervened and told him they were his friends and they played on.

When the training finished, they introduced themselves and one of the men introduced himself as Packie McGarty who was then a Leitrim and Connacht player. Jim experienced little difficulty in persuading Packie to play in the tournament as Pakie loved playing.

By coincidence, Jim’s brother Gerard was in digs in Haddington Road and his roommate was Cathal Flynn, Leitrim and later Connacht, who was of course Packie’s teammate. With Packie already committed, Cathal agreed to join the team.

As the tournament went on St Ultans got to the final against Dunboyne. Killinkere suffered a major setback when Jim Smith got injured in the semi-final.

The second setback was their opponents in the Final were Dunboyne. Jim Reilly of Dunboyne knew Gerard Smith from the Meath county panel and of course the legality of ‘St Ultans Football team’ was brought into question before the match.

The result was the Cavan/Leitrim/Dublin outfit played well enough to lose. No further objections were necessary and more important no suspensions arose in respect of any players involved.

Dunboyne got the gold watches, Killinkere got ‘a new football.’

The teams and supporters shared tea and sandwiches in the marquee after the game and prepared for a night of dancing with friends and relations. St Ultans supporters travelled in large numbers anticipating a victory, but it was not to be.