'The Magic of McGarty' against Mayo in the National League 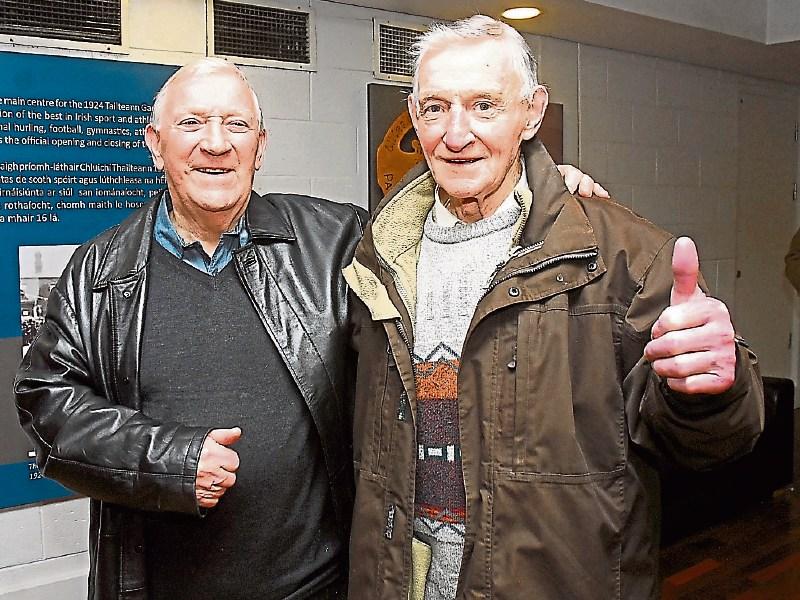 In the 1950’s there was lots of leisure time - football filled that time - and Leitrim were the team to follow. The source of this article is the Leitrim Observer and an article by Willie B, aka the late Billy Gilligan.

In the early fifties Willie B, single, footloose, and fancy free splashed out and bought a Baby, yes, a Baby, or to the younger generation a baby Ford car, a four wheeled howling monster for the enormous sum of £45. The registration number was ZA 7900. A large stone acted as a handbrake and starting on a flat battery was performed by judicious parking of the vehicle on convenient inclines.

With lots of leisure time and transport available to do his bidding, for Willie B football was the answer and luckily enough there appeared on the Leitrim football horizon a shining young star who in a short while, his name would be a household word among GAA followers throughout the land.

McGarty won minor championship playing with Fenagh in 1950 (playing midfield) & 1951 (playing full back) and stories were being told of his great football abilities. Hadn’t he outplayed the whole Carrick team on one occasion from the full back position and managed to solo the length of the field and score a point.

With a shining star emerging it was an easy decision to travel to Charlestown to see Mayo play Leitrim in a National League game. For Mayo this was no ordinary league game, they were one of the finest teams in the country and a win for Mayo meant a possible League title and with it a trip to the USA, a coveted prize in those days.

Leitrim were a pushover for the star-studded Mayo side which included Sean & Mick Flanagan, Paddy Prendergast, Padraic Carney, Tom Langan, and Mick Mulderrig, among others.

Leitrim’s chances were zero and they did not have one sub. The county registrar Hubie Doherty (Cloone) in desperation handed Willie B three jerseys on the side-line seating, one for Willie and one for both John Walshe & Bart Breen. The fourth occupant of Willie’s car, a Claremorris man Padraic Walshe would not take a jersey.

With a gale force wind behind Leitrim in the first half they were fifteen points up at half time mainly due to the performance of Packie McGarty, he was inspired and scored from every angle and distance including several 50’s. Mayo were demoralised and bewildered, who was the will o’ the wisp who had them floundering and falling like nine pins and hammering nails in their coffins with every kick of the ball.

Mayo began the long haul back in the second half but on the call of time Leitrim were ahead, this shock result would resound around the GAA and McGarty’s name would be on everybody’s lips. Wonder of wonders the game continued for another twelve minutes till Mayo had not only equalised but snatched the winning score. Leitrim’s moment of glory had vanished.

There was one lasting memory from the game, the sight of goalkeeper Charlie O'Neill, left full back George O'Toole, and full back Leo McAlinden (complete with canary-coloured gloves) looking bemused at one another as a Mayo foot was poked out to send the ball trickling into the net.

For McGarty it was a heart-breaking start to an illustrious and much honoured career. The fifties were a glorious period for Leitrim football mainly due to the ‘Magic of McGarty’.