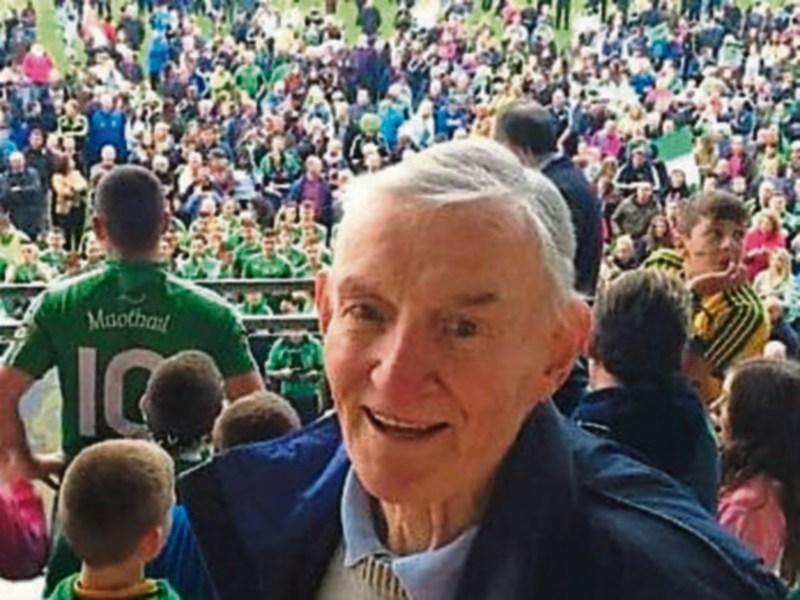 Throughout his career Packie said he would play his last game for his home club Mohill and on the 19th of June 1977 he travelled the 100 miles from Dublin to keep that long ordained promise.

Mohill were playing Gortletteragh in the loser’s group of the senior championship.

The match started without Packie and when he did arrive, he joined the subs with number 19 on his back.

After 10 minutes action was required and he was brought on, replacing P.J. Reynolds.

The Observer reported, ‘Barely 10 seconds on, Packie zoomed in on a loose ball and flicked it on to an unsuspecting colleague. His cool brain and his impeccable high fielding were still evident’.

Mohill and Leitrim legend Packie McGarty had played his last game of football and ended a remarkable career from his first match with Leitrim in 1949 to his last game in Páirc Sean MacDiarmada with Mohill in 1977.