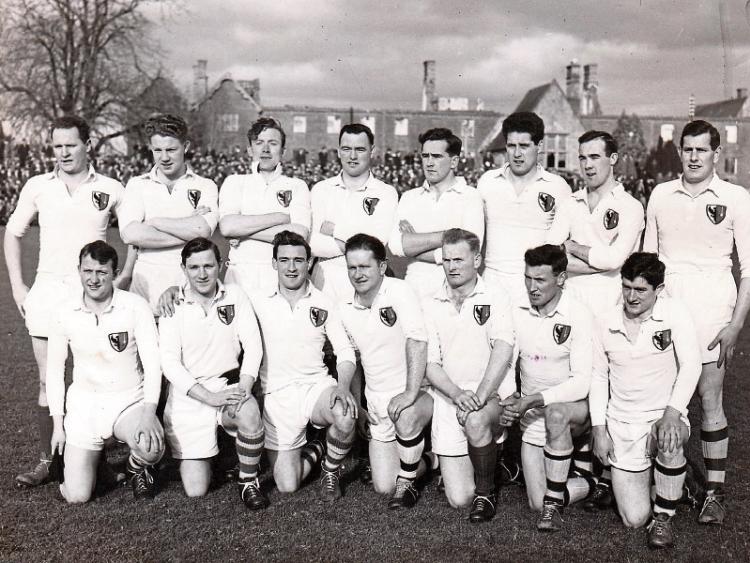 Many a tear was shed as Packie McGarty left Templeogue Church for the last time last Thursday. It was an emotional scene, as his wife Ella and family escorted his coffin down the aisle to the strains of 'Lovely Leitrim.'

The Requiem Mass, in the church he and his wife visited daily over the years, was quiet and dignified.

Packie’s son, Eamonn, paid warm and well deserved tributes to a devoted husband, father and grandfather, whose example as a role model had enriched all their lives.

Eamonn also spoke of Packie’s love of Mohill and his home county Leitrim and particularly of his pride in wearing the county jersey.

The Leitrim jersey was but one of the many he wore over almost a quarter of a century playing career, from which his only regret was not to have won a Connacht Senior title, not for his own sake, but for the supporters of the green and gold.

Had Covid restrictions not been in place, then the St Pius X Church in Templeogue would have been teeming with friends, neighbours and acquaintances, but especially with the Leitrim GAA family, all anxious to pay their respects to a fabled footballer, an accredited sportsman and a gentleman who had deservedly been so often referred to as a legend.

Perhaps it was as Packie would have wanted it, for his unassuming nature and genuine modesty never wanted a fuss to be made of him, always deflecting words of praise and insisting he was just part of a team.

Oh, but what a part he was – the powerhouse, the engine, the motivator.

It was in his early years as a county player that Packie won his one and only medal in a Leitrim jersey, a rather humble Connacht Junior title in 1952.

This was the decade when Emil Zatopek, Roger Bannister, Stirling Moss, and Sugar Ray Robinson were grabbing the sporting headlines, so a provincial Junior title, won in the newly opened Ballinamore GAA pitch, was certainly not front page news.

The Fifties were dull enough, with the Korean War causing dread to many an Irish mother whose son was conscripted to the American army after emigrating to the States to seek a better life.

Despite the attractions of such events as a GAA Céilidhe in Fenaghville - A top-class old-time sensation, pitched to a pinnacle with the tantalising Gaelic rhythm and delectable technique of Malachy Sweeney’s Serenaders of Belfast, with dancing from 9pm to 3am, all for five shillings - many Leitrim folk were heading for the boat or plane.

But there came a saving grace, with the coming of “the McGarty era” as the decade wore on.

Now there was something to cheer about, Leitrim taking on the best; Packie and Cathal Flynn and Noel Blessing and Josie Murray and others starring in the Railway Cup; Connacht Final after Connacht Final; a National League Semi-final in Croke Park when the Sunday Independent sports page screamed: From the craggy barren waste comes this crack football team, followed by a special focus on Packie McGarty.

How even more exciting our football fortunes would have been had players like Mike Dillon, Joe Bohan, Paddy McTague, Eddie Rowley, Vincie Dolan, Mel Cox, Pat Murray and Aloysius Blessing not hit the emigrant trail during the 50’s, every single one of them of inter-county material. Our loss certainly made matters easier for our Connacht Final nemesis, Galway.

Thinking back on college days when we picked Railway Cup and Ireland teams when our teachers thought we were taking notes, names like Iggy Jones, Hugh Francis Cribbin, Sean Purcell, Tom Langan, Jas Murphy, Charlie Gallagher, Paddy Prendergast, Padraic Carney, Ollie Freaney and Kevin Heffernan were being bandied about, I always insisted that on any Ireland team, the centre half spot had to go to Packie McGarty, every Leitrim person’s hero.