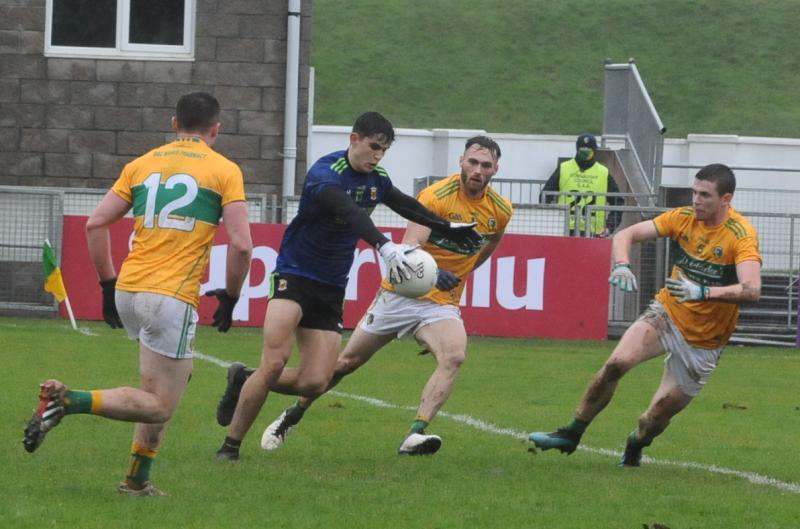 Leitrim will face either Mayo or Sligo in this year's Connacht Senior Football Championship after the draw was made tonight (Monday April 19) on RTE's Six-One news.

Leitrim were drawn to face the winners of the first round clash of defending champions Mayo and Sligo in the semi-finals while Roscommon will meet Galway in the other semi-final.

The draw would not be regarded as a particularly favourable one for either Terry Hyland's Leitrim or Tony McEntee's Sligo, with All-Ireland finalists Mayo sure to start as red hot favourites to reach the provincial decider.

Leitrim last faced Mayo in last year's first round in Avant Money Pairc Sean Mac Diarmada in November, going down to a 2-15 to 0-10 defeat in tough conditions. Cillian O'Connor and Tommy Conroy got the Mayo goals with Leitrim keeper Brendan Flynn performing heroics as Mayo led 1-6 to 0-6 at the break.

Sligo actually provided Leitrim with their last victory over one of the "home" based teams in the Connacht Championship in 2011 when the Green & Gold, under Mickey Moran, battled their way to a 1-10 to 0-10 victory in Markievicz Park ten years ago. Conor Beirne was the hero on the day with his crucial goal midway through the second half after Sligo had drawn level.

Beirne went on to score 1-3 on the day with outstanding performances from Wayne McKeon and Daniel Lowe capturing the plaudits on the first win over a home based county since the Yeatsmen were defeated in 2005.

Sligo did gain a measure of revenge in 2016 when they scored a comprehensive 2-16 to 0-10 victory over Shane Ward's Leitrim in Markievicz Park in the All-Ireland Qualifiers, the second time the Yeatsmen had dumped the Green & Gold out of the Qualifiers.

Croke Park have announced that the All-Ireland Senior Football Championship on the weekend of June 26/27, with the Connacht Final scheduled for July 24/25, but Connacht GAA are expected to announce dates for the fixtures during the coming week.