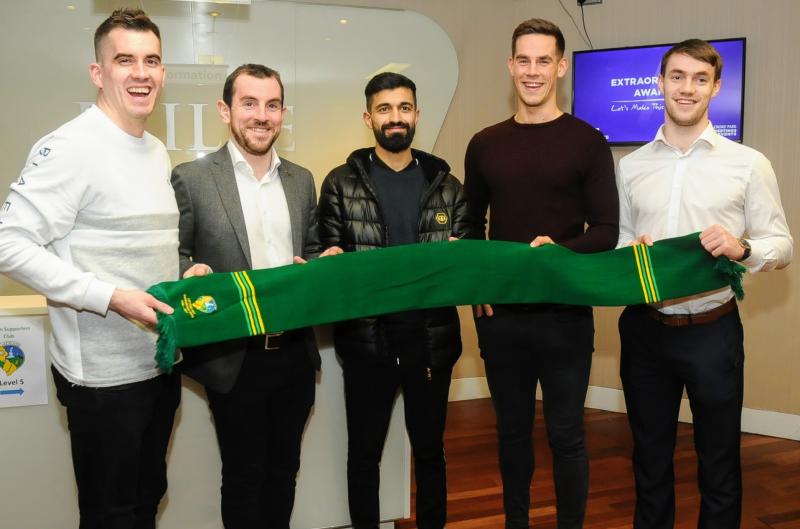 The launch of the Leitrim GAA Supporter’s Club draw will take place online on Thursday, May 13, at 7.30pm with its usual mix of conversation and big-match previews featuring some of the county’s best-known personalities.

The event, which usually takes place in January in Croke Park before the start of the National Football League, has become a must attend event.

MC for the night Colin Regan will be discussing the match and the full pandemic-impacted season ahead with team manager Terry Hyland. Founding member of the Dublin branch of the Leitrim Supporter’s Club, Eamonn Duignan will lead a tribute to the late, great Packie McGarty.

Two of Leitrim’s leading creative thinkers and artists, Seamus O’Rourke and Edwina Guckian, will discuss their experiences of the past 12 months, including Seamus’ hit memoire ‘Standing in Gaps’ and Edwina’s ‘Modern Day Mummers’ revival.

Two of the county’s ‘People of the Year 2021’ Seamus and Catriona Clarke, will also join the discussion from their home in New York, to talk about their sponsorship of the senior football team, their involvement in the successful 50km Challenge back in January, and life of the Leitrim exile in the Big Apple.

The night will conclude at 8.45pm with the official launch of the Leitrim Supporters Club draw (which once more features an array of exceptional prizes) with one lucky person who has tuned into the online launch being in with a chance to win a beautiful Leitrim artisan food hamper provided by the Leitrim Local Enterprise Office.

Tune into Leitrim GAA’s official social media on Thursday, May 13, at 7.30pm sharp to be part of the conversation and check out www.leitrimgaa.ie for more details of the draw and event.